Liz Ellis the winner: Australian athlete of the year 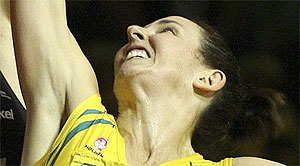 After the 2003 RWC tournament I was on a panel at the Union Club with David Kirk, the captain of the 1987 Cup-winning All Blacks and now CEO of Fairfax Media, and Liz Ellis, then the captain of the Australian netball side. Ellis, a leggy lawyer, had bombed on a World Cup panel with John Eales on Channel 7. She didn’t know as much about rugby as Kirk or myself (I think?). But she dominated the panel discussion by sheer force of personality and a determination to be the leader and winner on the panel.

I’ve always looked at her performances playing netball for Australia with this image of a ruthless, relentless, skilful and passionate winner, Ellis the winner, in my mind.

And this is how she played in the final of the World Netball Championship at Auckland against New Zealand on Saturday. While Australia was having all sorts of trouble scoring goals Ellis and Mo’onoia Gerrard (Mark Gerrard’s sister, or better, Mark Gerrard is her brother) closed down the awesome New Zealand shooting attack of the South African-born Irene van Dyk.

Keeping NZ to a miserable 38 points was the winning of the game. Like most world championships in most sports it was defence that won the day for the Australians. Leading the defence was Liz Ellis, all arms and elbows, jumping, interfering, taking fearsome body checks, chasing down every ball, never giving up, never getting out of the face of her opponents, and never conceding a centimetre of territory without creating difficulties. 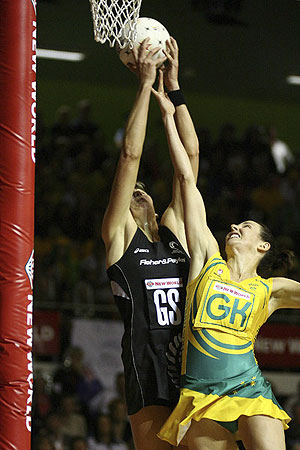 All this from a player who two years earlier, on the same court, had smashed her knee to pieces. While Ellis was out of the game NZ began a two-year ascendancy that was finally overcome at Auckland on Saturday night. In the end it was a rebound by Ellis that sealed the outstanding victory from one of Australia’s great teams.

It was fitting that Ellis, 34, emerged from the final as the player of the tournament. For her ability to literally rise to the occasion against great players who are taller than her, a considerable disadvantage in netball, makes her my nomination for Australian athlete of the year.

Liz Ellis the winner, one of the great athletes in the history of Australian sport. 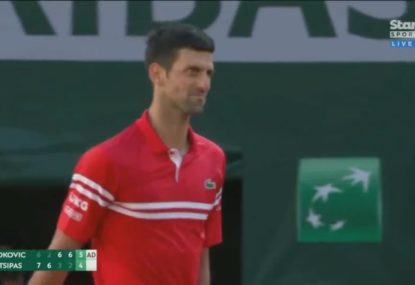