India’s cricketers received a huge cash bonus and the cheers of thousands of fans in India’s today as they returned home after beating Australia in the limited-overs series this week.

The Board of Control for Cricket in India (BCCI) organised the public reception and announced an award of 100 million rupees ($A2.68 million) for the team, which won a best-of-three finals series 2-0 to cap a controversy-riddled three-month tour of Australia.

The tour was wracked by controversies involving racism, sledging and umpiring, with much of it centred on spinner Harbhajan Singh.

The team was able to put those controversies behind them today as they received bouquets from BCCI and Delhi government officials as thousands of spectators looked on.

“This is the motivation that we need,” Dhoni told the cheering crowds.

India lost the Test series 2-1, having successfully lobbied to have umpire Steve Bucknor removed after a string of poor decisions in the second Test saw them fall behind 2-0 in the four-match series.

Harbhajan was banned for three matches for allegedly making racist remarks to Australia allrounder Andrew Symonds in that Test, but the ban was subsequently overturned on appeal – after India threatened to withdraw from the tour if it was upheld.

Australian opener Matt Hayden was reprimanded for later calling Harbhajan an “obnoxious weed” on radio, and spectators at India’s win in Sydney on Sunday accused him of making monkey gestures and spitting in retaliation to their chants.

He was again cleared by the International Cricket Council because of a lack of evidence.

During the 2017-18 Ashes England’s spinners neither offered control nor took a clump of wickets in a spell. 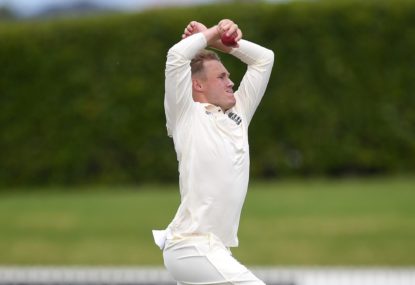