West Australian media finally turn on their own

Yesterday was a very interesting day in the life of a West Australian football follower. Nothing appears to be as it should be as the local football media, populated as they are by ex-West Coast players and supporters, turned on their own.

It began with a scathing article written by Mark Duffield in the West Australian detailing the pathetic effort put in by the West Coast in their 135 point loss to Geelong, their worst defeat at Subiaco, and their second worst ever. Even the much maligned Ken Judge managed to win 5 games, and none of them by that huge a margin in the year he was sacked.

Mark Readings, a Channel Nine reporter, commented on 6pr Radio that the West Australian media had been soft on John Worsfold and the West Coast Eagles to the protestation of host Simon Beaumont, a self confessed Eagles fan.

Then, during Worsfold’s regular segment with Brownlow Medalist and now commentator Brad Hardie, John was clearly agitated at the line of questioning taken by Hardie. John actually got personal and questioned Hardie’s credentials to ask the questions he was, as Hardie had never been part of a premiership.

Hardie reminded John that he had been part of a premiership side, South Fremantle. He also achieved something John never did, the highest individual honour a player can receive, a Brownlow Medal.

It appears that as the on field success dries up, the media is no longer kind to the coach, something their cross town rivals have suffered from for years in the scrutiny of a two team town.

On a final note, Peter Wilson, a ex-Eagles player and now media commentator, believe that the Eagles present on field woes are due to the AFL scrutiny they had endured since their off field dramas of 2006.

The Hardie interview can be listened to at the link below:

Fremantle's young guns are an inspiration for Nat Fyfe

Fremantle skipper Nat Fyfe says he couldn’t help but question whether he was on the decline after watching the club’s generation next run rings around him during the pre-season.

Fremantle's young guns are an inspiration for Nat Fyfe 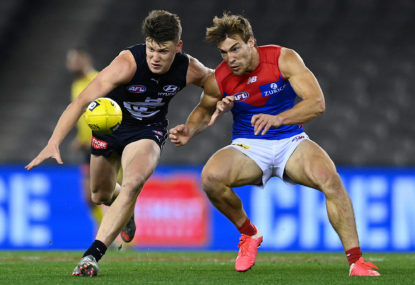 Who are the Dockers players who should play to their optimum level in 2021? 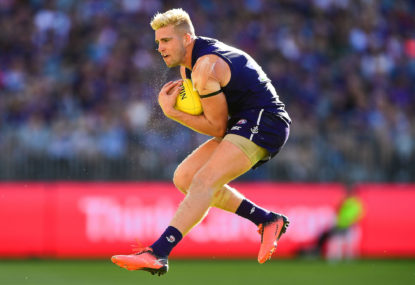 It took a five-goal demolition of fellow premiership contender Adelaide to confirm that the Fremantle Dockers are a legitimate threat for the AFLW flag in 2021.

The 2020 trade period began with Zac Langdon returning home to Western Australia for Pick 54, which is in the neighbourhood of his original draft pick, but the very same pick returned to the same state the same day.