The sacred life of the Baggy Green cap 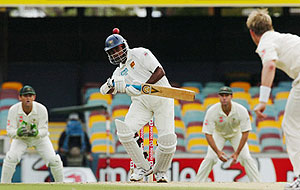 I’m a rugby fanatic and cricket isn’t really my game. Way back at school I once had the distinguished batting average of 0.5, having batted four innings for three ducks and a two. So I won’t try to pull the wool over your eyes that I’m any expert.

However, expertise or knowledge of a game, and pure enjoyment of it can be two different things.

I don’t see any conflict between my lack of real cricket knowledge and my love of pulling up a comfy chair on a warm summer afternoon, with a bit of breeze whispering through the lounge room from an open door, a cold beer in hand, and watching some good quality Test cricket.

Like most Aussies, I have that strand in my DNA that dictates an affinity for the game.

Love it or hate it, it is part of the soul of the country and has provided more than its fair share of Australian sporting history.

Names like Benaud, Chappell, Trumper, Bradman, Waugh, Lillee and Marsh, all bring to mind the things which are so unequivocally associated with the Australian summer – the white players against the rich green turf, the crack of leather on willow, the seagulls, the appeal of “Howzaaaat?!”, and of course, the iconic baggy green cap worn by the Australians.

There are few, if any, items of Australian sporting clothing more revered by those who wear it than the baggy green.

In a curious dichotomy, the cap has also become one of the most financially valuable items on the sporting landscape, with one example fetching almost half a million dollars at auction.

With such charisma surrounding it, it is appropriate that the history of the baggy green be finally documented, a task completed with style and great attention to detail by the authors of The Baggy Green – the Pride, Passion and History of Australia’s sporting icon.

Michael Fahey and his co-author Mike Coward both have first-hand experience of the value of the Australian cricket cap.

Fahey has been one of Australia’s keenest minds in sporting memorabilia since 1993 and has an encyclopedic knowledge of Australian sport. He has had a fascination with the baggy green ever since his first memorabilia investment – Mike Whitney’s baggy green cap in 1991.

Coward has covered cricket throughout the world since 1972 for both the Sydney Morning Herald and the Adelaide Advertiser, as well as covering cricket for The Australian since 1992. He has also ghosted, written and edited nine other cricket tomes. So he has some idea.

Between the two of them, Fahey and Coward have managed to pull together the definitive history of the baggy green – no mean feat considering that very little documented history existed beforehand.

I found it a surprisingly easy book to read, even though I’m not a cricket buff.

This is helped along by a couple of things.

The first is the inclusion of some delightful anecdotes about caps lost by players and found again years later and caps bought at auction and returned to their original grateful owners.

The story of Norm O’Neill regaining his baggy green after 40-odd years almost brings a tear to the eye, which turns to laughter with the story of Ian Chappell’s cap being snatched off his head as he headed up the tunnel following a dismissal.

The second readability factor is the vast amount of fascinating information that exists around the cap itself.

The detail on the circus surrounding the 2003 sale of Don Bradman’s 1948 ‘Invincibles’ cap is compelling, and is a wonderful insight into the personalities and skullduggery that occasionally surrounds this type of memorabilia.

That isn’t to say that this is a book about memorabilia. It is far more than that.

It takes the bare history of the baggy green and overlays it with an enormous amount of colour and complexity from times past. The diverse observations from cricket greats on their baggy greens, and their varying views on the cap’s recent financial worth, lend new insights into cricket’s personalities.

Consider Greg Mathews’ third person comment on the sale of his baggy green; “Greg Mathews is 100 per cent happy within himself”; and Steve Waugh’s reaction, “I don’t consider my cap to be memorabilia. It’s something to treasure. It will be passed on to my family.”

This is a question that is rightly left up to the reader. Fahey and Coward have managed to take an emotive subject about an Australian sporting icon and simply present the facts and the stories in a wonderfully relaxed style.

There is probably no higher praise than to say that when I got the book in the mail, a little voice in the back of my head said “Oh great, a cricket book”, and I wished it had been about rugby.

However, just two nights later, my wife was begging me to put the light out and go to sleep. I just had to read one more page, and when I finished that one … just one more.

‘The Baggy Green’ is a new perspective on the marriage between tradition and professionalism, and happily it shows that some institutions will always endure.

You don’t need to be a cricket boffin to like this book. If you’ve ever felt that swelling in your chest as the Aussies take the field in the first session of a Test, or rolled your arm over in the backyard, you’ll love settling in with ‘The Baggy Green’ between overs.

‘The Baggy Green’ retails for $38.50 and is available at bookstores or via Legends Genuine Memorabilia: www.lgm.com.au

Andrew Logan
Expert
Andrew Logan has played rugby for over 25 years. A contributor to The Roar since its inception, he also writes for Inside Rugby magazine, and Super Rugby and international match day programs. A regular panellist on ABC Grandstand discussing rugby and other sports, Andrew has appeared on ABC's The Drum and also Sky Sportsline. He has convened and managed several touring sides including the Australian Rugby Sevens team on the IRB circuit, and the Australian Barbarians XV.
close