Will the relegation/promotion system work in A-League? 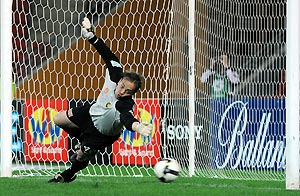 Anyone who has witnessed the rise and rise of Hull City Association Football Club can’t help but be inspired. Their story is remarkable. Just a decade ago they sat at the very bottom tier of English Football. Now they are sixth in the most watched club competition in the world.

Every week their success has been met with caution by critics who assume Hull’s fall from the top is inevitable.

They may be right.

But with little more than a week ‘til Christmas, Hull may have already done enough to stay up for next season.

We love this story because it mirrors life.

It’s the rags to riches fairytale that tickles human emotion. It’s the underdog taking on the big guns. But it’s only possible because of the relegation/promotion system.

It’s a cruel system when your team is on the downward spiral, but it rewards hard work, commitment and most of all creates motivation to succeed.

This motivation is something FFA would eventually like introduced to the A-League by including a second-tier B-League. If it happens, it will immediately add intrigue.

At the moment Newcastle United are playing for pride with only a mathematical chance of making the finals. But just imagine how scared they would be if there was relegation this season, considering they are four points behind seventh place Perth.

It also helps the much talked about crowd figures when every match counts for something. You don’t want ‘dead rubbers’ at the end of the season.

It happens far too often in the AFL and NRL, where the top eight is basically decided several weeks out from the finals. Then there’s the ridiculous reverse motivation for AFL teams at the bottom who want to come last to get a priority draft pick.

Put simply, relegation/promotion reigns. It’s a win-win situation because you know that if the champion is decided before the end of the season, there’s always the relegation battle to look forward to.

And. of course, in Europe there’s also the Champions League and UEFA spots up for grabs.

The tension of a relegation battle on the last day of the season is something to be seen. It really can only be explained by the A-League’s slogan of “90-minutes, 90 emotions.”

Fans carry radios to the ground so they can hear results of the other matches that could decide their fate. Often the commentators don’t even need to update viewers, they simply look and hear the reactions of the fans. The players know, too, but somehow have to block it all out and try and get the required result.

It may take a long time to get this sort of tension in an A-League relegation battle. But when it happens, it will be special.

The only question is: are our fans loyal enough to stay with their team through relegation?