Rugby and the Red Island: an unlikely union

The majority of the nations where rugby can claim to be a mainstream sport also happen to be relatively well-developed and prosperous nations. In fact, the only exceptions to this rule which readily spring to mind would be the island nations of Fiji, Samoa and Tonga.

But you can add another island nation to this list, albeit in the Indian Ocean and with none of the impact on the world stage as their Pacific cousins: Madagascar.

The history of rugby on the Red Island, so called because of its red soil, commenced with French railway engineers playing the game around Antananarivo, the nation’s capital (given the current state of the Malagasy rail system, maybe those French engineers spent too much time playing rugby!)

Indeed, rugby is perhaps one of the few legacies of an otherwise brutal French colonial rule which the Malagasy look upon favourably.

However, for many years, the sport was restricted to the urban slums of Antananarivo, with players descended from slaves and largely mistrusted and ignored by wider Malagasy society.

The catalyst for this change was the 2005 Africa Cup, where the Madagascar side (named the Makis, after the Malagasy name for the ring tailed lemur) made the final.

They went down to Morocco.

However, simply making the final was a massive achievement for both the Makis and the Malagasy people, and following this, rugby clubs sprang up throughout the island.

Some may argue that this would be a worthless tournament played by nations who are unlikely to ever hold the William Webb Ellis Cup. Such a view would also be totally ignorant of the circumstances surrounding this achievement by the Malagasy, and African rugby generally.

Madagascar is one of the poorest nations in the world, where most of the population live on less than US$1 a day.

Added to this, Madagascar hasn’t really tasted much success, either on or off the sporting field in its history.

However, what I find more remarkable is what the Federation Malagasy de Rugby has achieved following this result, against all odds. They have been able to implement a national club championship called the Top 8, where the best clubs from the various regional leagues meet to decide the rugby champion of the Island.

Games involving the Makis generally sell out, such as a match against Botswana earlier this year. The Top 8 is extremely well covered in the national press, and games are shown on national television.

The players may not have the polished skills, muscled physiques, training facilities or pay packets of their brethren plying their trade in the Top 14 or Super 14. In fact, having seen a game on TV, I’m not even sure if the Top 8 is played under the ELVs.

But what is evident is the willingness of these guys to play above their weight, play with total abandonment of their own safety and run the ball.

For all the talk about the ELVs, New Zealand being the wrong choice for 2011, and Northern clubs signing up the best Southerners, it is clear that the IRB is doing some good work in spreading the rugby gospel.

England coach Eddie Jones laughed off suggestions that Jonny Hill's baiting of Darcy Swain was pre-orchestrated, and suggested the referee tried to "even things… 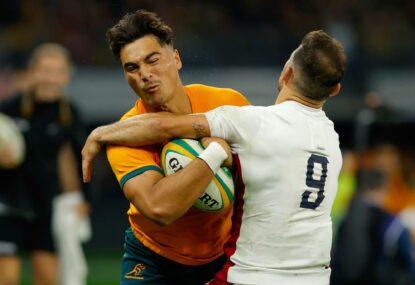 The Wallabies are 1-0 up against England, having broken a six-year victory drought against the old enemy with a famous 30-28 win. From some… 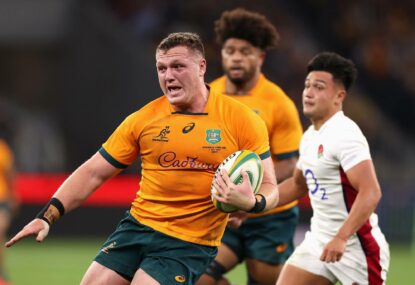 Israel Folau's return to Test rugby was one to forget, thrashed 36-0 on debut for Tonga against Fiji. The former Wallabies winger wore the… 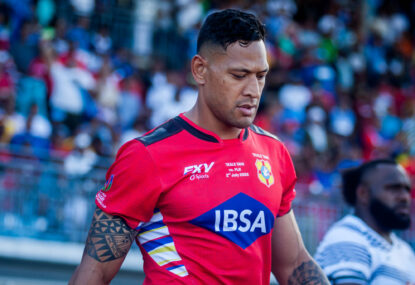 Quade Cooper didn't see a minute of action against England as he pulled up injured with what he suspected was a "strain". Good mate… 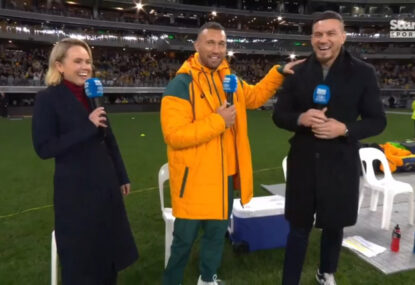 Justin Harrison was "lost for words" while Andrew Mehrtens sounded off on the way the second culprit generally cops the brunt of the punishment.… 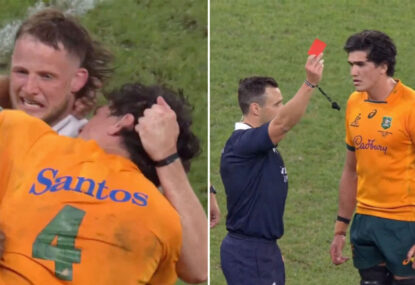 For the second year running Dave Rennie's Wallabies produced an incredible win over a European giant despite suffering a red card, as his brave…