The All Blacks are running out of tries 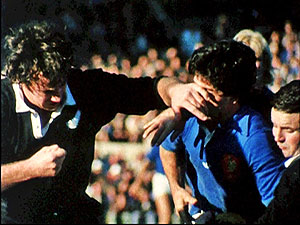 all blacks Vs France. AAP Images

Sure, the game has changed in the last fourteen years, with solid walls of players to get by and the field made narrower by drift defenses, not to mention getting rid of the ball as quickly as possible via the boring box kick.

But could it be the All Black backs are, shall we say, under-performing?

The halfback position is in a state of flux, Donald’s doing a good job but he’s no Carter, Nonu looks a little bemused, Joe and Sivi have shown little penetration, Mils is off his feed, which leaves just Conrad Smith looking good.

One out of seven is not a pass mark.

It gets better in the forwards, but the scrum is still light of one prop and one hooker, and without Williams there’s not much spine in the second-row scrummage or lineout. The bench strength was also bad last week.

So what’s an All Blacks fan to do?

Hope for lots of penalties and for Donald to be on target? Or hope that the try drought was just an aberration and the backs will fly in Durban?

The scrum-half showed just how important his Maori heritage was to him, after New Zealand’s two-point win over South Africa. 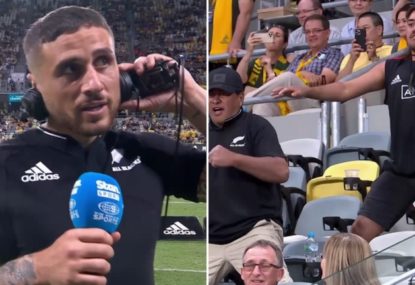 What a thrilling finish to the 100th Test between South Africa and New Zealand! 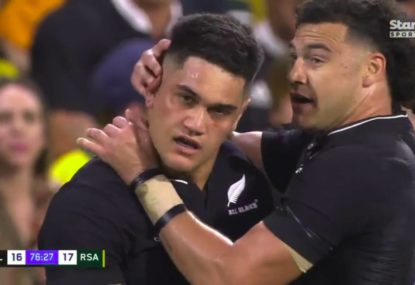 Two tries in the opening five minutes! What a way to start the 100th meeting between the two prestigious sides.