Western Force have continued their raid on the country’s most talented teenagers, signing NSW schoolboy Luke Jones to a one-year Super 14 rookie contract.

Jones, who captained NSW Schools at the recent national championships, has played the majority of his representative rugby at lock but also has the versatility to cover blindside flanker or No.8.

The Force hope Jones, who at just 18 years old already boasts a powerful 108kg, 197cm frame, will push his way into the senior side as early as next season.

“Based on his recent performances, we view Luke as a player who will be a candidate for Super 14 selection in 2010,” Force general manager of rugby Mitch Hardy said.

“Luke has strong skills, a big motor and is aggressive at the breakdown.

“As David Pocock has shown here, if you are good enough then you are old enough.

“We have an excellent group of young lock/flankers who we expect to develop quickly under the tutelage of Nathan Sharpe and John Mitchell.”

The Force have been aggressive in their recruitment of the country’s most promising teenagers following the huge success of Queenslander James O’Connor.

Earlier this month the WA franchise snared 17-year-old utility back Stefano Hunt – the younger cousin of Brisbane Broncos back Karmichael Hunt – to a rookie contract.

Jones said he looked forward to making a big impression at the Force.

“School is the priority for me at this stage, but I can’t wait to arrive in Perth and get involved,” Jones said.

“I’m looking forward to being involved in the professional rugby environment, and the Force have given me the chance to do so.

“Working with John Mitchell and Nathan Sharpe will be really beneficial for my game, and the forward pack at the club is outstanding; there are international players across the board.” 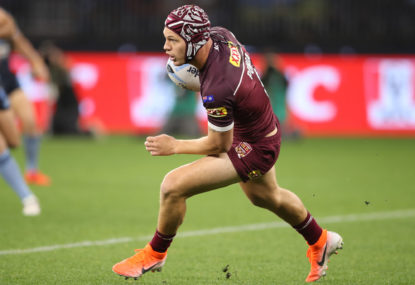