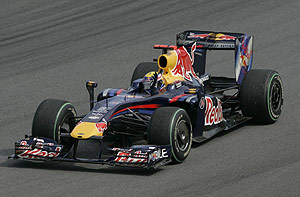 It should rank as one of Australia’s greatest sporting days. While Casey Stoner was celebrating his third consecutive Australian MotoGP victory, compatriot Mark Webber was dominating the Brazilian Formula 1 Grand Prix. It was a rare GP double in a rich season for Australian motorsport.

Aside from our Grand Prix victors, we also saw Jason Crump seal his third Speedway world championship over the weekend.

It’s been a remarkable season; a golden age in terms of the breadth of Australians competing across the world in various disciplines, not to mention the domestic scene, led by a new brigade taking over the laurels in V8 Supercars.

Motorpsort has slowly made inroads into the mainstream, and it was encouraging to see Stoner’s win afforded the lead sports story in newspapers across the country. Motorsport is getting a lot more television time and crowds across a variety of events are healthy.

However, can this increased interest help foster the next generation of racers so that this current golden age doesn’t end up being an anomaly in Australian motorsport history?

Many of the younger racers making an impact were raised in the era when top line motorsport arrived on a permanent basis on our shores in the 1980’s and the increased media awareness and attention this caused.

However, there has been an element of good fortune that has helped produce this boom.

Far from being supported by a groundswell of Australian funding, many of the current stars struggled just to make it to the big time.

Mark Webber’s overseas career was saved from the brink on more than one occasion. Casey Stoner’s campaign in the smaller Grand Prix categories was funded by the backing of Dorna, the Spanish commercial rights holder of MotoGP, not to mention the sacrifice of his parents who sold their house and moved to the UK to support Stoner’s career.

A MotoGP team boss told me in an interview over the weekend that he thought Stoner wouldn’t have even got to the premier class had it not been for the support he received from Dorna.

Australian motorsport success is dependant on corporate support to help fund young drivers in this incredibly expensive and competitive world, especially at a time when the economic conditions limit private funding and decrease the pool of possible advertisers.

There are the structures in place for young drivers to climb the motorsport ladder, but if they wish to compete overseas they need substantial funding and to be willing to take some big risks.

Webber has often implored young Australia drivers to get overseas and tough it out in the cutthroat world of the European junior formulas rather than resorting to the V8 Supercars so quickly.

Drivers such as James Courtney, Will Davison and more have ‘come home’ to V8 Supercars from overseas ventures, and it affords them competitive and enjoyable racing, with the comforts of financial security and living well at home.

But V8 Supercars success means young drivers can forego international careers earlier and set their sights on success at home.

It’s important to bask in the glory and patriotically enjoy this current success, but also ensure the structures are in place so this golden age for Australian motorsport can continue.