Molly-coddled players need to toughen up for World Cup 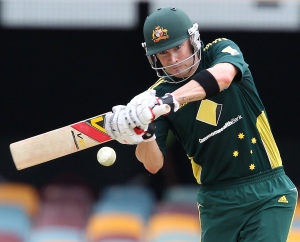 My friend on The Roar, Sheek, has accused me of being a misguided cricket tragic. If the truth be known I am struggling with the sorry state of Australian cricket.

In a time where Mubarak can be overthrown because the people have had enough, there is a case in my opinion for a revolt against Cricket Australia (CA).

John Benaud has recently called this team “the most molly-coddled bunch” of cricketers he has ever seen. Bobby Simpson was seen recently in animated conversation with Tim Nielsen outside the player’s rooms at the SCG.

There is a call for a review and this will be completed by October.

In the meantime CA is rushing ahead with plans for a revamped Big Bash. It would appear it is business as usual.

Closer to home, Roarer Rabbitz is brutal and blunt in his assessment of “nine others who can’t seem to bat against a moving ball”.

This columnist has been at pains to highlight the inadequacy of our Shield, for so long the hallowed institution of higher cricket learning.

Sadly, now no more than a quick diploma course.

Young bucks like Steve Smith and older bucks like David Hussey and Mitchell Johnson are apprentices at a large hospital and being asked to do major heart surgery. They may well get found out in the knockout stages of this World Cup. Overworked master surgeons like Ponting and Clarke may not be able to mend all the broken hearts.

Who can we expect to stand up to Sri Lanka, Pakistan and New Zealand in the group stages?

The game against Sri Lanka in Colombo on the 25th will be the first real test. Sri Lanka won a series for the first time in Australia only five months ago. Malinga will test Watson, Clarke and Ponting. Murali and Mendis will be the sternest of inquisitors. Dilshan is the master of the run out and Watson will need to call early and loud.

Tait is sending wides both on and off the field. Johnson is as profligate as Imelda Marcos with her penchant for shoes. Lee can be sublime and Clarke soporific, though the latest outing suggests the Pup has found his ball.

Cameron White is searching for his tin of spinach and Hussey junior is struggling to cope with the eminence of his name.

Ferguson is impersonating the mild-mannered Clark Kent and is, seemingly, reluctant to don the cape and tights.

Punter is peaking and this could be his World Cup. He will have to play like he did in 2003 and this may lift everyone around him. They will make the last 8 and if Punter does not deliver that is where they may finish.

I will reserve judgment until the contest in Colombo and should Australia lose then I will sulk and start supporting my second team which is India.

Australia is ranked fifth in the Test championship and holding on tenuously to the first position in ODI’s. They are runners up in the Twenty20 WC and perhaps this is the focus of Australia’s cricket administrators.

If this does come to pass, it will be a revolution of a different kind. It will be the overthrow of the people.

I look at the bottom of my cup and see the tea leaves arranged in an image of a smiling Andrew Hilditch. I can almost hear the leaves chuckling and saying: “Get that into ya, you mugs!”