The NAB cup must go. The love affair with a mini AFL cup competition in the pre-season is gone much like a child’s interest wanes in their toys once they become a teen.

Sure there may be a nostalgic look back every now and then and the supergoals, shorter quarters and some of the modified rules may get you thinking about it for a moment but once you are an adult and real season starts then the old toys are forgotten.

Over the last few weeks on our radio show The Banter, we have been on the campaign to cleanse papers and early overkill of talk balk lines filled with pre-season cup talk.

We promote the idea of waiting until the real season starts to enjoy that when it comes, giving time to focus on other sports before the choke of the premiership season commences.

Removal of the NAB cup looks more and more likely according to reports in the media in recent days and this is a good thing. The benefits far outweigh the negatives.

We all know the problems of the NAB cup. Crowds have been down and members are complaining that their memberships no longer grant them entrance to preseason games as they formerly did.

The clubs send out teams that are not complete line ups and the trial rules make a mockery of the season ahead. The benefits that are spruiked could all be achieved at the start of the season proper.

No real supporter takes the pre-season cup seriously. It’s glorified practice which the clubs could get by playing, wait for it … practice matches. If there were no pre-season competition the anticipation for round one would be even more intense.

Crowds and ratings in the first weeks of the season would be further increased as people’s appetite would be more insatiable than those of Messrs Colombaris, Preston and Mehigan before the start of a new Masterchef season.

Another benefit would be that the best cup competition would be the newly formed Foxtel Cup which hopefully will gain in strength over the coming years.

Having said that, the removal of the NAB Cup is the best option for the competition. I am certainly not averse to the season being extended, particularly given the entry of the two new teams GWS Giants and Gold Coast Suns. Now bring on the footy.

While Port Adelaide and the Brisbane Lions may be the competition frontrunners and among the favourites for the premiership flag, St Kilda might just about emerge as the dark horses of the 2020 AFL season.

Richmond coach Damien Hardwick admits captain Trent Cotchin and wife Brooke have been downcast since the AFL club was fined for the latter’s COVID-19 protocol breach. 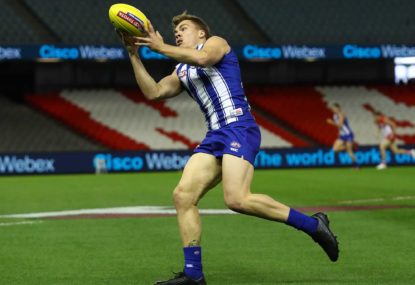 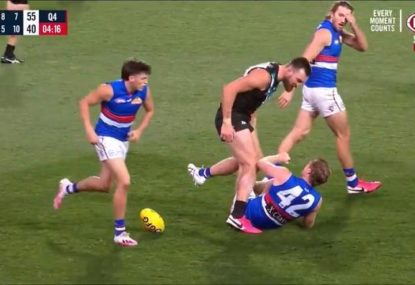 ‘Listen to the crowd!’ 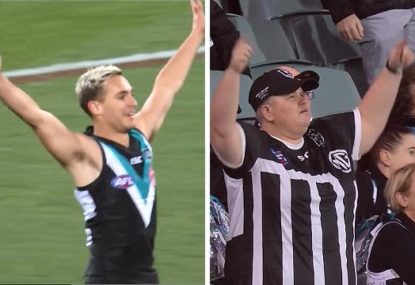