Although last weekend was the second last round of the European Nations Cup, Georgia cannot be beaten for this year’s title. The 18-11 win over Romania puts them eight points clear of Russia and Spain, each with one game remaining.

The game in Tbilisi did not reach any great heights. Georgia with two tries skipped to an early 15-0 lead after only 12 minutes.

Although the 25,000 crowd was screaming for more, the Lelos went into their shell and purely defended their lead. For the rest of the game, the Romanian forwards outplayed the home team but could not capitalise on this and went to half time with Georgia leading 15-6.

The second half was much the same. The Oaks were able to cross for a try but it was not enough. Georgia added a penalty goal to retain the Antim Cup for matches between the two countries, 18-11, as well as the European Nations Cup.

In Odessa, Russia scored five tries to one to beat the hapless Ukraine side. Russia has been the underachiever of this year’s tournament but did enough to win the game 41-5 after having a 24-0 halftime lead.

The big surprise was Spain in beating Portugal, 25-10. Portugal was the proving to be only team able to counter Georgia and had a chance to take the title if Georgia lost their final round game.

However, it was not to be. Georgia scraped home, 13-12 against Portugal, who were the form team. In Madrid, against Spain, Portugal did not fire and although each team scored a try, looked to be in control.

In the second half, Spain took over and opened the game up. Spain’s flyhalf, Martin Heredia played a blinder, setting up attack after attack but Portugal’s defence held firm but were penalised off the park by the Italian referee, M Dordolo.

Apart from Heredia’s fine open play, he slotted six penalty goals. All this year there has been complaints about Portugal’s offside tactics and this game saw the referee come down heavily on them.

Next weekend, in the final round Russia plays Georgia, Romania plays Spain and Portugal plays Ukraine. The postponed game between Ukraine and Romania will be played before June but will not have any bearing on the overall competition.

However, the Russia/Georgia clash will have a darker undercurrent. This will be the first time the two teams have met on either’s territory since the 2008 Russian invasion of Georgia.

The 2009 game was played in Ukraine and the 2010 match was held in Turkey, both neutral venues. Next Saturday’s game will be held in the Black Sea resort of Sochi which is the venue of the next Winter Olympics.

Sochi is situated just north of Georgia and has been where Russia’s home games have been played recently. This is strange as it is near Georgia and not a Rugby place at all. In fact, their last match there, against Portugal, attracted a mere 100 spectators.

In division 1B games played last weekend, the two games played turned in upset results. Belgium, the division front runner was beaten 28-21 by Poland in Gdynia.

Germany who were in the top division for the previous series was beaten at home in Heidelberg, 29-23 by another former first division nation, the Czech Republic.

This means that Czech Republic now leads the division with Germany falling to fourth place behind Czech Republic, Belgium and Poland but ahead of Moldova and Netherlands.

It has always been hoped that Germany would be the next European Rugby nation to emerge but it has just not happened.

Barbarians vs Samoa canceled due to coronavirus outbreak

The highly-anticipated Barbarians versus Samoa match at Twickenham was cancelled shortly before kick-off after several members of the Barbarians tested positive for COVID-19.

Barbarians vs Samoa canceled due to coronavirus outbreak

The Wallabies rode a roller-coaster through 2021.

Wallabies coach Dave Rennie has apologised over his outburst following his team’s 29-28 loss to Wales while World Rugby has issued him and Rugby Australia with a written warning.

Australia were on the verge of defeating Olympic champions Fiji until a last-minute try from Iowane Raturaciri saw the powerful Pacific islanders emerge as 17-12 victors at the Dubai Sevens. 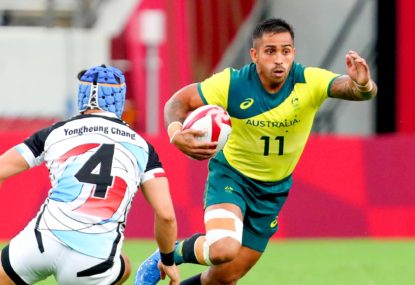 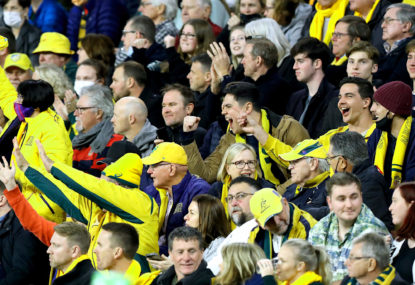