Roy Keane would be magic for the A-League 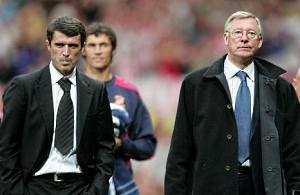 It’s the hottest rumour in town, according to The Age: Roy Keane, former Manchester United star, is reportedly considering signing on to coach the Melbourne Victory, after he was spotted at Sydney FC’s Asian Champions League clash before a reported trip to Melbourne to discuss a possible deal.

The debate is now raging as to whether Keane, who took Sunderland to the English Premier League and recently exiting the English game following a disappointing stint at Ipswich Town, is the right man to lead Melbourne Victory.

But take with a grain of salt the criticism from the doubters who question whether Keane has the coaching pedigree to lead the Victory. Having captained the great Manchester United side of the nineties to domestic and continental crowns, under the tutelage of Sir Alex Ferguson, with top-line coaching experience in one of Europe’s biggest and best leagues, Keane is more than qualified.

In terms of the excitement and publicity, Keane’s arrival is already causing a significant stir.

The fact the A-League is being talked about to such an extent in the mainstream, a month after the season finished and in the midst of the AFL and NRL seasons, proves Keane’s pulling power.

Keane, like Dwight Yorke and Robbie Fowler, is an English Premier League great, remembered for his aggressiveness and take no prisoners style. His presence will entice the Euro-snobs; legitimising the A-League to these doubters while bringing some much-needed star power to a league with a marquee system that has failed to live up to the name.

But while the media shy Fowler has done little in the media to significantly promote the league off the back of his cult status, and Yorke did his best work in nightclubs (and bedrooms), Keane’s brooding intensity will be on full display as head coach.

Keane, who is said to be quite reserved in his dealings with the public and media, will nonetheless need to make himself available to the press in his coaching capacity, no questions asked.

So unlike Fowler, who can disappear after his ninety minutes of service each week, Keane will be at the forefront, guiding the biggest team in the A-League.

And as witnessed in press conferences from his previous coaching gigs, Keane can be quite engaging and articulate, despite his reputation as a recluse.

A big part of the Keane’s appeal is his intensity. He will be a Kosmina-, Blieberg-type figure with the reputation to pull it off, which will reach a wider audience than any local coaching product could as a result of this legacy.

With Kevin Muscat his likely assistant at the Victory, the combination could provide a fiery double-act that could set tongues wagging in Melbourne, across the A-League and, perhaps most importantly, to the wider football community.

Even if Keane decides coaching the Victory isn’t for him, the speculation around his presence in Australia has helped achieve what the FFA continues to struggle to do; get people talking about the A-League.