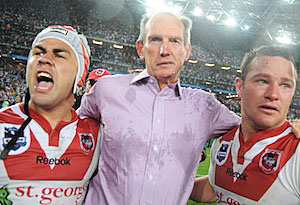 Let’s take a look at the analysis from some of the agencies around the country.

Paul Crawley from the Courier Mail revealed that Tinkler showed what a world-class negotiator he was when he had a limo pick up Wayne from the Gong and drive him to Martin Place.

Now, maybe it’s the fact that I’m currently not on a hens’ night, but I can’t get that excited about the concept of sitting in a limo in Sydney traffic for hours on end, even if the journey does end with some bloke offering me a huge wedge of cash.

I also doubt Wayne would have taken the opportunity to slug back a few bottles of Moët and get the dance tracks firing while opening the moon roof for a bit of grandstanding, as per the standard behavioural practice in limos today.

Surely if you were a world-class negotiator you might actually get off your arse and get down to the Gong yourself.

And while on the topic of Tinkler and his skills, the fact that he had a bigger pile of money than anyone else in the race somewhat detracts from the idea of the big fella as a great negoitiator.

In all this, the big question remains unanswered. Does Nathan Tinkler’s limo have a karaoke machine?

The Sydney Morning Herald wheeled out Roy Masters to offer his insight.

Masters, ever the Dragons fan, claimed that it was pressure from the Dragons that ensured Bennett went to Newcastle.

Masters rambled on about the history between Souths and the Dragons before saying that Ben Hornby had told Bennett that he’d be beaten when they played their first match against his old club.

Ouch! This was beside a few other gags from various officials.

I’m struggling to see how a few zingers around the lunch room were going to sway a bloke like Bennett, especially when his contract contains six zeros and it’s likely he’ll take all the staff members he respects anyway.

The Australian rang up a bunch of Souths greats (much to my dismay Eion Crossan didn’t get a guernsey) to get their two cents’ worth.

Bob McCarthy showed he has probably not been keeping up with economic events in Europe over the past few years when he said “they probably threw the Bank of England at him.” It’s not quite the proposition it might have once been.

The ever-reliable George Piggins piped up.

Piggins, who when not telling you how he refuses to watch Souths play is explaining their problems in intricate detail, told us you couldn’t blame him for taking the money – even though that is what he was outraged Souths had done a few years back.

But the most illuminating comment about the whole affair came from the executive chairman of the Tinkler Sports Group, Ken Edwards, when he told the Oz: “I want to put on the record that this deal is not about the money.”

We now know one thing. It was about the money.

It’s like African dictatorships, if they have to tell you they are a Democratic Republic you know that is one thing they aren’t.

Sure, there have been plenty of weasel words about vision and passion floating around, but they would have accounted for precisely zero if Tinkler did not have the bucks to back it up.

What I can’t figure out is why the shame?

They went bananas when Tinkler bought them out precisely because they thought they could spend money like a drunken sailor on the town.

Many of the working class fans of Newcastle might be a little turned off by the idea that their salt-of-the-earth club that was built on the image of the humble, hard-working coal miner, is now the glamour club flashing the cash. But that is the reality.

If it helps people sleep better at night to believe that Wayne Bennett ignored the money and loves the area and the people, then go for it.

But Wayne Bennett, being the father of two disabled children, wants to ensure that futures of those kids are secured, so he has always made sure he is paid a princely sum.

That is hardly a hanging offence: you show me a father who doesn’t think about his kids when thinking about his pay packet.

Maybe Bennett is a mercenary, but who cares. He is a rugby league coach, he’s not building the A-bomb.

We’ll probably never know everything that went on between Nathan Tinkler and Wayne Bennett, but in the end all that matters is that Bennett will hold the clipboard in Newcastle for the next four seasons and he’ll be richly rewarded for it. 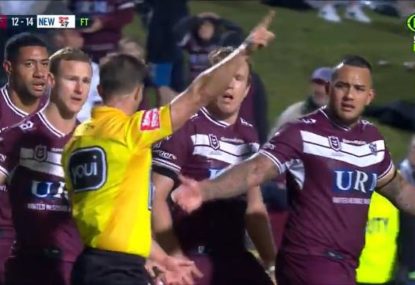 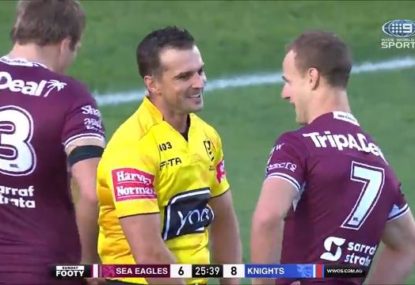