Most valuable overseas players in the IPL

One aspect of IPL which I had struggled to comprehend was how the franchises would fit in only four among the max 10 available overseas players into their final XI.

After close to four seasons of the IPL, I am now beginning to understand and derive a pattern of how the overseas players have been most effectively used by the franchises.

These are players who make a big impact on the game, by neutralizing the oppositions best bowlers and with a single big innings can decide the fate of the match.

Players like Gayle, Warner, Shaun Marsh, McCullum, Blizzard come to mind immediately. Watson plays a similar role in the Australian T20 setup, but surprisingly was not used in this role by his IPL franchise, the Rajasthan Royals. Though not big hitters, Hussey (CSK Chennai) and Kallis (KKR Kolkata) provided the required solidity for their teams, both packed with big hitting middle order batsmen

In IPL4, among the above players, Gayle clearly stands head and shoulders above the rest of the contenders. He has provided the spark to RCB Bangalore’s campaign. He is really proving to be the Cinderella of the tournament. He was spurned in the initial round of auctions and brought in as a midway injury replacement. He might end up single handedly winning the the trophy for his team. To top it off, he is probably, also, the most economical bowler for his team.

These are not the typical cricket players from whom you expect the square drive! Instead expect them to be in the list of biggest sixes hit, especially straight over long-off and long-on. And given the lack of quality pace bowlers in India’s domestic cricket, expect them to bowl a few overs of effective medium-pace also.

Players in this category are James Hopes, Pollard, Morkel, Mitchell Marsh, Dan Christian, David Hussey, Ross Taylor etc. Hopes impressed with his all-round performance, but Morkel and Pollard hit the biggest sixes. The contrast in captaincy strategies by Sachin and Dhoni in using Pollard and Morkel deserves a separate article by itself. But suffice it to say, whoever compiles the list of most average/ordinary captains of the world, must include Tendulkar in it. Sending Harbhajan ahead of Pollard in crunch/must-win situations? What was he smoking?

At this point, I must confess that I didn’t really follow this edition of IPL due to cricket fatigue and couldn’t care less who is the best among this lot of rejected/fringe internationals, but if I had to make a call, it would be Pollard for his athletic presence in the field. With a little more encouragement from his captain, I think he could prove his detractors (Bishop, Holding etc) wrong…

They can bat at any position and change the tempo as per game situation and also expected to bowl a few useful overs of slow bowling.

We are looking at players like, Symonds, Botha, Hodge, Bravo, Shaqibul Hasan etc. Surprisingly it was Botha who was the most consistent of this lot and even more surprisingly, he was dropped by his captain Warne for a few crunch/must-win matches

This is one area where India is sorely lacking, and it is natural that players like Malinga, Steyn, Lee stand head and shoulders above the rest of the pack. Even Bollinger, not considered by Australia, was amazingly the most economical bowler for his team CSK Chennai.

Again like Gayle, it is Malinga, reduced to a T20 specialist now, who stands out here.

These are players who are clearly the best in their team, like Warne, Vettori, Jayawardene, Sangakkara, Gilchrist etc.

Warne seemed to a bit off this time with his captaincy, not utilizing Taylor and Botha effectively,

Jayawardene impressed with the way he managed his limited resources. There was no single match winner in his team, yet they staged a series of giant killing acts.

But the captain, who impressed most with his inspirational effort was clearly Adam Gilchrist. Promoting Valthaty to open ahead of Shaun Marsh – nobody saw that coming. His whirlwind century in Dharamsala, which rolled back the years.

But his most important contribution actually happened when he was a captain of Deccan Chargers in previous IPLs. His encouragement to Rahul Sharma, who was recovering from a potential career threatening injury, has been acknowledged by the player himself. Just makes you wonder what Australia missed.

Remember, he is the only captain in decades to lead Australia to a series victory over India in India – the final frontier which Steve Waugh’s greats failed to conquer.

Rounding off the above with most valuable Indian players, including:

One more surprise in the list above was Munaf’s consistent performance with the ball and in the field compared to clearly superior compatriots like Zaheer Khan in IPL4, which sees him earn a place in the most valuable IPL4 XI.

To reiterate the final most valuable IPL4 XI (with only four overseas players, excluding Gilchrist):

He scored 66 off 40 as Namibia won by six wickets and stunned The Netherlands. 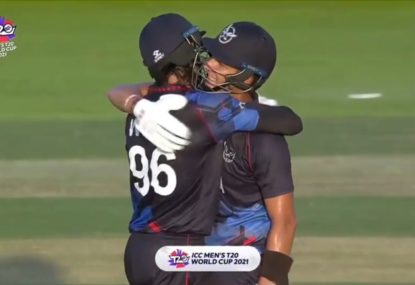 Max O’Dowd made it back to back half-centuries – but also got a bit of luck as Stephan Baard dropped him. 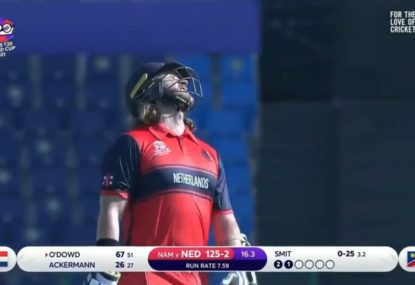