How about a Super Rugby Challenge Cup?

I have always been a fan of the Ranfurly Shield concept. It adds an extra dimension to games, and provides an opportunity to earn some silverware where a team might not be able to over a sustained campaign.

It also adds a bit of unpredictability to proceedings where the teams in the ladders are often the usual suspects.

True there is already an additional trophy on offer for topping your conference, but imagine the following, assuming the Bulls started off with the cup after winning the 2010 edition of the competition.

Given the amount of upsets and the derbies I could imagine the Cup changing hands several times. It would also always travel with the holders to be presented and if in defeat handed over. 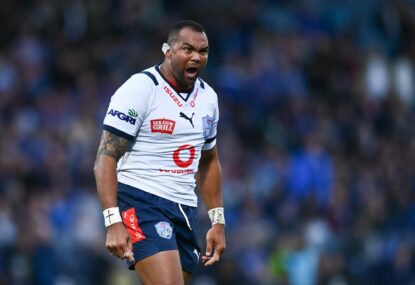 The 2019 season saw the departure of many big names from the Bulls: star playmaker Handre Pollard, agile line-breaking centre Jesse Kriel, and their…

South Africa fullback Warrick Gelant has made the switch from the Pretoria-based Bulls to Super Rugby rivals the Cape Town Stormers. Gelant, 25, will…