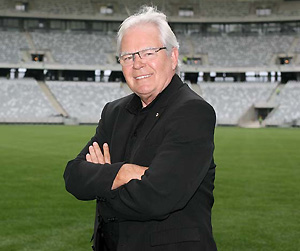 SBS has long been known colloquially as the “Soccer Broadcasting Service,” and many of us were introduced to football thanks in part to Les Murray’s wonderful “World Soccer” program. But former SBS columnist Jesse Fink has lifted the lid on a culture of collusion at the mainly taxpayer-funded network, and his allegations are explosive.

In a damning report on the ABC’s “7.30 Report” last night, Fink alleged he felt pressured by Murray – Editorial Supervisor of SBS Sport – to curtail criticism of Football Federation Australia’s bid to host the 2018 or 2022 World Cup.

Fink goes further in a blog posted on his website overnight, revealing that two of his columns criticising various aspects of Australia’s World Cup bids were not published by “The World Game” website.

Having recently been informed the contract for his widely read “Half Time Orange” blog would not be renewed, there’s a chance some may view Fink as little more than an ex-employee with an axe to grind.

Yet, it’s clear that if “football fans aren’t getting the full story” from SBS, as alleged by “The 7.30 Report,” then supporters are entitled to ask questions.

Indeed, it wasn’t only Fink who revealed he felt pressured to omit critical references to Australia’s World Cup bid, and in particular those pertaining to FFA consultant Peter Hargitay – a personal friend of Murray’s.

The Roar’s very own Davidde Corran revealed an email from Murray to “The 7.30 Report,” in which Murray allegedly accused Corran of discrediting SBS by criticising Hargitay in a Roar column.

“Well, if you have these things to say, we want to keep them in house, you do them through SBS,” Murray is alleged to have written to Corran.

Point 6 of the SBS Charter of Values urges those at the network to “engage with each other” with “honesty, respect and fairness.”

“Fostering honest, trusting and mutually respectful relationships” and “being fair, clear and transparent in the way we interact with each other” are supposedly the hallmarks of those values.

Yet, it hardly seems “fair, clear or honest” if Fink and Corran – both of whom have worked for SBS in various capacities – felt editorial pressure to exclude negative stories about Australia’s World Cup bids.

And as many have already pointed out, the man alleged to have instigated that pressure is also a serving member of the FIFA Ethics Committee.

For the sake of full disclosure, I should point out I know both Fink and Corran personally.

I met both when I moved back to Australia from Japan and the pair are journalists whose work I respect and appreciate.

But I have nothing to gain, professionally or personally, from highlighting their story.

I’m only interested in the truth, and as football fans that’s something many of us assumed a public network was ethically obliged to deliver.

Les Murray is alleged to have threatened the ABC with legal action over last night’s story, although he declined to comment publicly on the matter.

It comes in the wake of a damaging public spat with Socceroos captain Lucas Neill, after Murray was forced to retract allegations in his latest book that Neill lead a “mutiny” against then-Socceroos coach Pim Verbeek at the World Cup in South Africa.

Murray is a man whose passion for football many of us have long admired.

But his personal friendship with Peter Hargitay, his near-defamation of Lucas Neill, and revelations of editorial pressure at SBS have many second-guessing his integrity.

As a media personality, Murray has done more than any other to lift the profile of football in Australia.

But in his pursuit of the “greater good” of Australia hosting the World Cup, he appears to have confined his journalistic ethics to the rubbish bin.