Recently, I’ve been unable to attend a cricket match in Perth. A little thing called kids and a slight stroke sort of slowed me down for the past 18 months.

However, I trotted the two boys off to the Victoria versus WA match at the semi-cavernous WACA ground last Friday and Saturday, revisiting old stomping grounds.

There might have been 1000 people there. Most would have not paid to get in. Even though I couldn’t get a hot dog and struggled to find a drink, it was not an issue for me.

I watched the bold young men of summer running around, all I could hear was the thwack of the ball on huge bats.

Cricketers these days are athletes. There was not one overweight player in sight. To make it these days, players must be finely tuned, incredibly disciplined and magnificently proportioned.

Major League Baseball talent scouts would have marvelled at the testosterone, the speed, the power and the skill.

Here were young men running and catching a rock-hard cherry with two bare hands. They could throw the ball flat over 60 metres. Nathan Coulter Nile and Craig Whyte hit sixes that went over 100metres.

They are as good as any athlete I have seen playing Minor League Baseball in the last 20 years. And I coached Australian under-19 teams on three tours of the USA, so I count myself as a reasonable judge.

This is the challenge for Australian cricket. Cricket Australia must find a way to contract these boys in a meaningful and comprehensive way. if not, MLB, which has re-entrenched itself in the Australian psyche again, will hunt down all the best athletes under 25 years of age, and sign them.

The skills are identical. Run, throw, catch and hit. It’s that simple. Baseball scouts will also look at the other cricketing nations to unearth the next wave of talent.

A way of creating more opportunities to lock these players into cricket would be to convert 50-50 to 40-40. I would open the game up to franchises from cities all over the world.

Then the 200 magnificent young men in Australia, and the thousands elsewhere, can vie for a fully contracted role and make a career.

I don’t mind what sport these guys play. They have the talent. They just need the place to play. 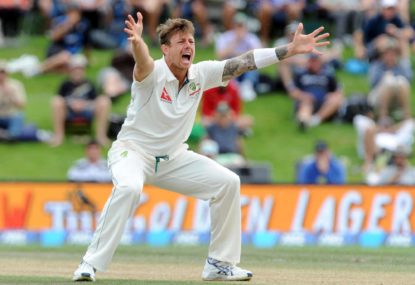 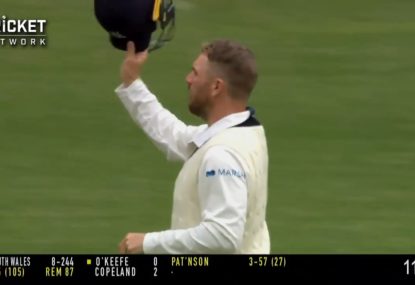 Victoria have recalled Will Pucovski and Nic Maddinson after the pair were cleared to make their return to cricket following absences to deal with mental health issues. 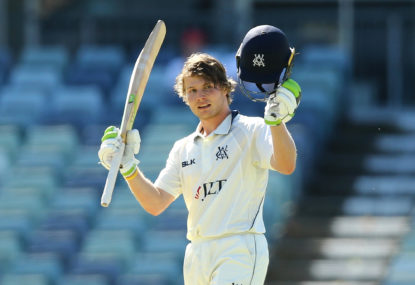