Robbie Farah and Benji Marshall have emphatically denied it, but according to their former teammate Andrew Fifita, the rumours are true: the Wests Tigers are a divided club.

Along with fellow prop Bryce Gibbs, Fifita was unwanted by the Tigers for this season, and the pair have quickly found their feet with resurgent Cronulla, who are now on a four-match hot streak.

The Tigers, 1-5 to start the season, have struggled with form and injuries in the forwards this year, with many suggesting they made a big mistake by turning their back on game-breaking Fifita and players’ favourite Gibbs.

Speaking after the Sharks’ win over St George Illawarra on Saturday night, Fifita didn’t sugarcoat what he perceives are the differences between his old club and the Sharks.

“We have an unbelievable bond, we’re so tight. Compared to the Tigers everyone is so tight,” Fifita told Channel Nine’s Sunday Footy Show.

“We have the same dressing rooms, it’s just more of a friendship. We’re all just brothers and it’s no split groups, no nothing, it’s who we are.”

Fifita’s comments won’t impress the senior playing group at the Tigers, who have publicly taken offence on numerous occasions to innuendo suggesting the squad is broken into factions.

The underrated Gibbs has been quietly going about his business for the Sharks since returning from injury and like Fifita, had arguably his best performance in Cronulla colours against the Dragons.

Gibbs was a passionate clubman for the Tigers, popular among teammates and a front-rower with good line-speed and a willingness to get his hands dirty.

“He’s the glue to any team he’ll be in,” responded Gibbs’ front-row partner Ben Ross when asked if the Tigers would regret letting the Western Suburbs junior go given their current predicament.

“He gets the boys together and we have a lot of fun around him and he makes us more of a team than people would really see.

“He’s that guy that will put on that sneaky little hit that you need or do the little crappy things that other people don’t want to do.

“He’s there and doing that and it’s good to have him by my side.” 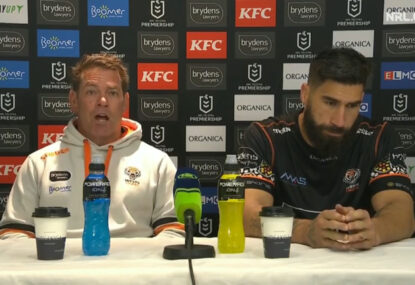 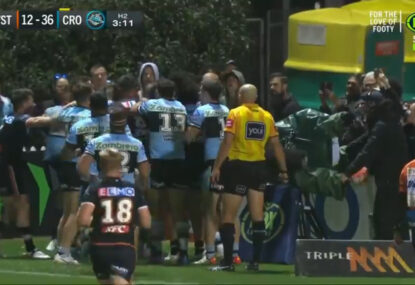 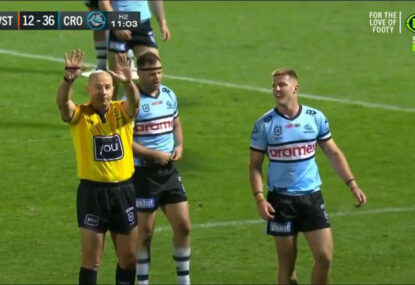 Cronulla Sharks 36-12 win against the Wests Tigers on Saturday night now puts them within striking distance of a top-two finish. But coach Craig… 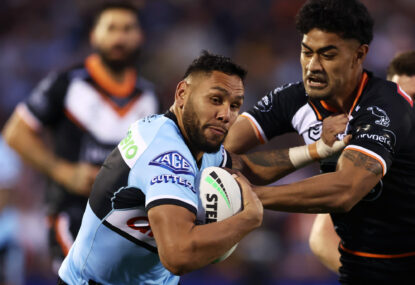 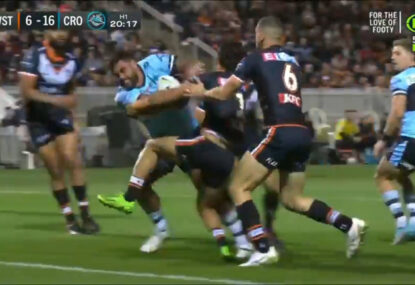 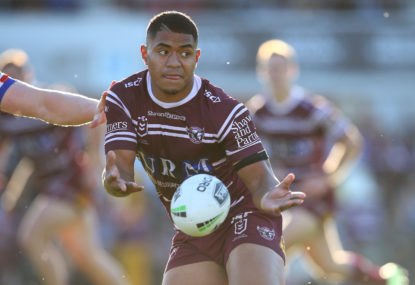