McManamey holds a unique place in history. He was a member of the first New South Wales rugby team (1882); he served in Australia’s first military action (1885); and he was an officer among the ANZACs at Gallipoli (1915).

Born in Glebe in 1862, McManamey was raised in Wellington and Bathurst, where his Irish-born father was stationed as a policeman.

Schooled at All Saints’ Bathurst, then at Sydney University, he graduated with a BA in 1881, took up teaching, and eventually became a prominent Sydney lawyer.

Standing at over 180cms tall with a well-proportioned frame, McManamey was literally a big man at that time, and excelled as a forward in the Sydney University pack.

It was no surprise that the then-20-year-old McManamey was duly selected in 1882 in the first-ever New South Wales rugby team.

Held at the Sydney Cricket Ground, the Waratahs over-powered the visiting Queenslanders “four goals and four tries, to one goal”.

The match proved a great success, with a Sydney newspaper declaring “there can be little doubt about the preference of the people of this colony. It is decidedly rugby.”

The press were at this same time carrying news reports of a growing uprising against the British-backed Egyptian government in the Sudan.

The ongoing struggle of the British forces, in what is now called the Mahdist War, led in early 1885 to the New South Wales colonial government, under significant local public pressure, cabling London with an offer to raise a contingent of troops.

The British accepted, and amid much enthusiasm, little difficulty was found in bringing together a party of 770 men.

The Australian War Memorial’s account states “it was seen as a historic occasion, marking the first time that soldiers in the pay of a self-governing Australian colony were to fight in an imperial war”.

Amongst the force were footballers from the city’s clubs, including McManamey. When the NSW contingent were ready to depart, a crowd something beyond 200,000 crowded Circular Quay and other Harbour advantage points to see them off.

Few Australians today would even know of the conflict, though a mention of Charlton Heston and Laurence Olivier in Hollywood’s Khartoum may trigger some context to the war and location.

Though the New South Wales forces were at various stages fired upon, their stay was barely a few months long with the British opting to bring the Sudan campaign to an end.

Three men were wounded in action, however nine died due to illness and disease and their names are the first displayed on The Australian War Memorial’s Roll of Honour in Canberra.

By the 1890s McManamey had become Sydney’s most prominent rugby referee and in 1892 founded the New South Wales Rugby Referees Association.

A passing note in The Sydney Morning Herald in 1896 recorded McManamey was awarded a gold whistle by the NSWRU’s referees body, in recognition of “services both as president and as champion of referees throughout Australia”.

McManamey continued to coach schoolboy teams and under his steady hand the referees association didn’t suffer the extent of defections to rugby league that was felt elsewhere in the game.

He also oversaw the selection of Australia’s first international referees, beginning with the 1899 Wallabies versus British Lions series, through to the last pre-WW1 Test against the All Blacks in 1914.

Estimates vary, however something near 90 percent of Sydney’s rugby footballers enlisted in the AIF (Australian Imperial Force) between August 1914 and April 1915.

In the latter month, well before the Gallipoli landing, and at an age when warm slippers and a quite brandy may have seemed the logical choice, 53 year old James McManamey volunteered and was accepted for military service.

Many have stated that at the outset of the war the NSWRU suspended the playing of rugby so that the players and officials could enlist.

The making of such a claim does no honour to those that did volunteer, as it infers that if the NSWRU rugby competition had gone on the rugby men would have stayed at home to keep playing.

The NSWRU decision was made in April 1915 and was largely a symbolic declaration, the result of so many players having gone.

Significantly, the NSWRU suspended the playing of rugby premiership competitions, but not rugby matches in toto.

In effect, this competition-less arrangement was no different to the way that all amateur club rugby was traditionally organised and played in England until the 1970s.

The split with rugby league in Sydney had left neither code as representative of the varied views of the city’s wider public on the war.

McManamey was an exemplar of the sentiment that flowed through the rugby community – they had been raised on a model where rugby was more than a game, that its ultimate purpose was to prepare young men for the day when a greater contribution and sacrifice might be required.

Seeing McManamey enlist, despite his age, would have been a great catalyst to many young rugby men wavering on whether to join up.

As Second in Command of the 19th Battalion fifth Infantry Brigade, McManamey arrived in Gallipoli in mid August 1915 and saw action on Hill 60.

On the fifth of September McManamey, intent on bathing in the sea, was walking towards North Beach when a Turk shell landed and exploded. McManamey was killed by flying shrapnel.

Thirty years on another generation of Australians were finally seeing the end of WW2.

In 1947 international competition was resumed with the All Blacks playing against the Waratahs at the SCG.

Realising the significance of all the hardships and sacrifices that had come before, stretching back to NSW’s rugby footballers in the Sudan, the referee that afternoon had been given use of a certain rugby gentleman’s gold whistle.

“Twas always well to be a footballer,” wrote the ‘Town and Country Journal’ in 1885 when McManamey and the New South Wales contingent returned home, “but to be a footballer and a soldier combined is the summit of all ambitions.”

McManamey was one of the many such rugby men to have served.

Rugby Australia has threatened to end its Super Rugby association with New Zealand and focus on an NRL-style domestic only competition from 2024 onwards.… 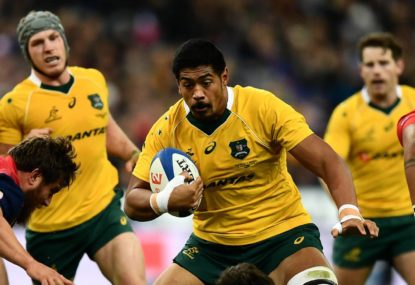 Triston Reilly is on the verge of hopping codes from the Waratahs to the Wests Tigers. 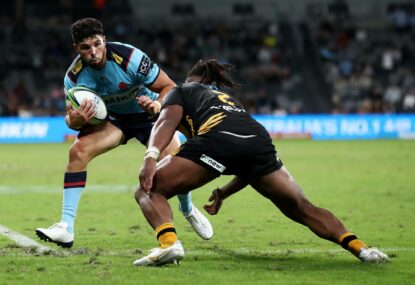 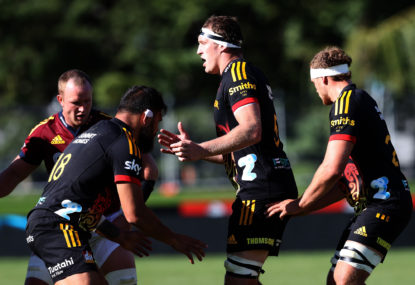 Before we forget the round robin, and focus on the heroes of the final four or two grand finalists, come let us do that… 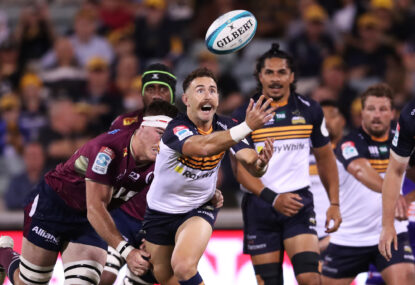 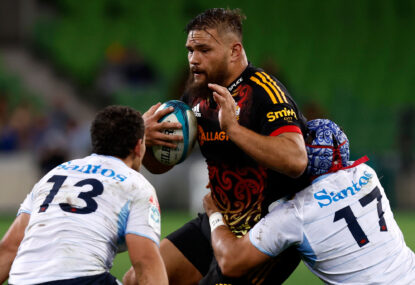 Former British Lions player and current Melbourne Rebels assistant coach Geoff Parling has given a sober assessment of the state of Super Rugby, and…