Earlier this week, Bellator Fighting Championship CEO Bjorn Rebney announced that the organisation would not match the contract offer extended to their middleweight champion by the UFC.

Though Lombard has become one of the biggest stars on Bellator’s roster, he’s handily dispatched everyone the organisation has set before him, and with the UFC believed to have included pay-per-view points into his contract, Rebney opted to wish the 31-2-1 former Olympic judoka well as he moves to the biggest organisation in the sport.

Though Lombard has continued to defend the CFC belt throughout his impressive run with Bellator, the UFC will not allow the 34-year-old knockout artist to do the same, leaving the two Australian organisations in need of new champions.

The UFC first tried to bring Lombard into the organisation in November 2007, when he was scheduled to fight at UFC 78, but visa issues scuttled those plans. In the subsequent years, Lombard has dominated the competition in smaller shows.

Long considered one of the best fighters competing outside of the UFC, Lombard is currently in the midst of a 20-fight winning streak. He’s 24-0-1 over his last 25 fights, including victories over the likes of UFC competitors Kyle Noke and James Te-Huna, as well as UFC veterans Trevor Prangley, Joe Doerkson, Jay Silva, and Kalib Starnes.

Now the dominant Cuban defector will have a chance to test his punching power and abilities inside the cage against the best in the world.

Since news of Lombard’s move to the UFC broke, there has been much speculation about who should be the man to welcome ‘Shango’ into the Octagon. It’s a tricky booking for UFC matchmaker Joe Silva and President Dana White.

The name being mentioned most is Brian Stann. Fresh off a victory over Alessio Sakara two weekends ago in Sweden, the former light heavyweight would be a stern test for the incoming Lombard, and a victory would quickly establish the former Bellator champion as a legitimate contender in the middleweight ranks.

Of course, the risk is that Stann hands Lombard his first loss in almost five years, thereby immediately decreasing the value of the fighter the UFC just opened up the bank account to bring in.

Personally, I would like to see the UFC use the same tactic they employed when Quinton ‘Rampage’ Jackson and Mirko ‘Cro Cop’ Filipovic first arrived in the organisation: give them a solid but very much winnable fight early in the main card portion of a major event that allows them to connect with the audience who might be seeing them for the first time.

Someone like former TUF finalist Ed Herman sounds about right to me.

It gives the fans a chance to see what Lombard can do against a solid middle-of-the-pack middleweight, and build towards a bigger match-up in his second appearance, providing he’s successful. On the off chance that he loses, Herman gets a push up the rankings by knocking off the latest big signee; it’s a win-win fight booking.

Having collected 20 consecutive victories, and delivered some of the most devastating knockouts in Bellator history, it was clear that it was time for Lombard to take on a new challenge.

He’s sure to find one or two in the UFC.

E. Spencer Kyte is a freelance mixed martial arts writer from Victoria, British Columbia, Canada. He is a regular contributor to ufc.com, UFC Magazine, and Fight Magazine, as well as being the author of Keyboard Kimura, the MMA blog of Vancouver’s leading newspaper, The Province.

In the toughest and most competitive division to play in this season, Pittsburgh, Washington, Boston and the New York Islanders go at it to see who comes out of the division as the representative from the East division. 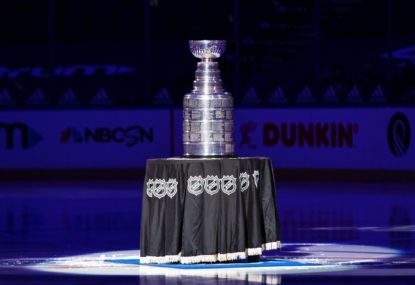 Canberra Raiders coach Ricky Stuart apologised ahead of Magic Round after journalist Paul Kent revealed Stuart had said that he ‘may as well coach netball’ if he couldn’t have tough conversations with his players. Hey Vixens, I guess we’re just gonna braid each other’s hair on Sunday, eh? I mean netball’s not a real sport…. […] 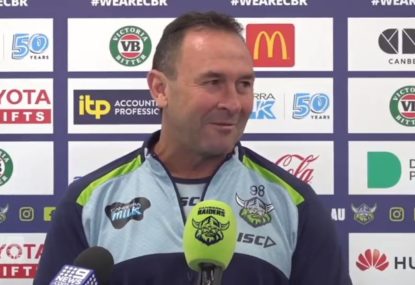 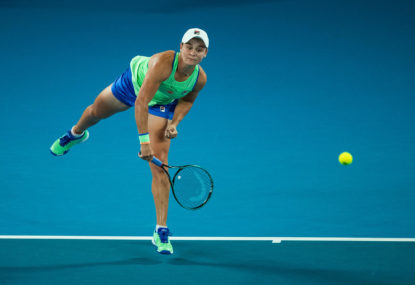 Who will be the king of the north?