Manchester City has won the Barclay’s English Premier League, but only just.

They did their level best to snuff out their chances to their rivals, the history-stacked club of Manchester United, but the defences of Queens Park Rangers were eventually breached and City prized the trophy with a 3-2 victory.

The loss suffered by Manchester United in October – a 6-1 thumping at the hands of a rampant City, was critical in the final stakes.

“When you beat United twice, score more goals and concede less goals, you deserve to win the title.”

This is sporting arithmetic at its most simple, unvarnished and pure.

Mancini is certainly right. City scored 93 goals this season, making it the thirst most successful record in the Premier League era.

Only Chelsea (103 in 2009-10) and United with 97 (1999-2000) bettered that performance. Commentators have noted the late-goal proficiency of the club, something that United itself has boasted for a long time.

The City players must also be lauded, just as United’s holding stamina should be scolded.

Mancini himself has exercised tyrannical control over this sometimes-unruly outfit, characterised by the altercation with Carlos Tevez that required the paste to be put back into the tube.

This now-unrecognisable club, an entity that made defeat normal and misery a forte, now finds itself in a position to build after being 44 years in a remorseless purgatory.

United Manager Sir Alex Ferguson could not help dishing a remark in the direction of the new championship holders after seeing his own season vanish in one match.

“I think we have a rich history, better than anyone and it will take them [City] a century to get to our level of history.”

With a certain repetitiveness, Ferguson has denied City’s chances of victory in the competition over the last two years, as though he is ignorant of the plague that’s about to come into the house.

This victory will make him, and the rest of the contenders, take note.

The corporate machine behind City – a feature of modern football that is both its pronounced strength and Achilles heel – remains impressive and pleasing to its financial backers.

They ought to be, given that City lost a record 197 million pounds in 2010-11, a loss blamed on the transfer market. Deals have been signed with Etihad Airways and Nike to ease the financial burden and coat the club’s corporate appeal.

It is a pity that victory in football requires an outlay of 800 million pounds, the amount expended since 2008 when the enthusiastic owner Sheikh Mansour Bin Zayed Al Nahyan started opening his capacious wallet.

The watchdogs of financial fairness in UEFA will be keeping a close eye on things to come, though how much of a bluff it proves to be remains to be seen.

Binoy Kampmark was a Commonwealth Scholar at Selwyn College, Cambridge. He lectures at RMIT University, Melbourne. 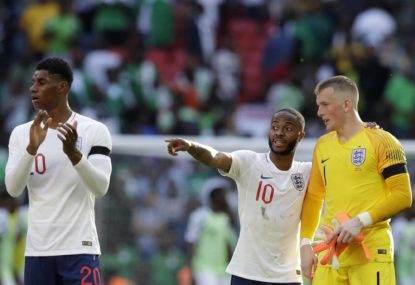 Manchester City have been found guilty of breaching rules relating to signing international players under the age of 18 and have been handed a £315,000 fine as a result.

Since a 2-1 defeat at the hands of Newcastle United at the end of January, Manchester City have won a staggering 15 EPL games in a row, including their opener to the 2019-20 campaign last weekend, cantering to a 5-0 win at West Ham. 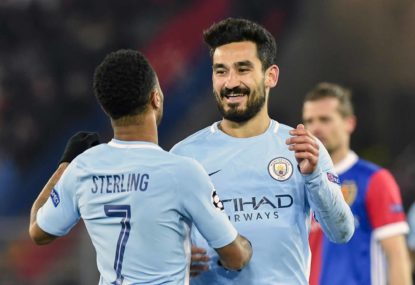