Richmond Tigers are confident of bouncing back

Richmond are talking up their chances against in-form AFL side North Melbourne on Sunday in the wake of one of the most humiliating closing minutes of football in their history.

The Tigers are still reeling after code-jumper Karmichael Hunt kicked the match-winning goal after the siren in Cairns to pull off a startling victory.

His goal capped a comedy of errors which coach Damien Hardwick admits included mistakes from the coaching box.

“There was a two-minute period in which we just made some fundamental errors and the thing with that is it gives us an opportunity to rectify the result going forward,” Hardwick said.

He said the players had learnt a “harsh lesson” after reviewing the last few minutes in which Richmond led by 10 points with 33 seconds to go but still lost.

He even agreed with former Swans coach Paul Roos, who dramatically called it the worst 47 seconds in AFL history.

“It was a horrible loss and we don’t hide from that but the fact is we’ve got to build from it, get better and get our season back on track.

“We’ve got an enormous opportunity against the Kangaroos on Sunday.

“They’ve been in terrific form, probably the form side of the competition but we’ve got no doubt we can play to our best and beat them,” he said.

The absence of Dustin Martin, suspended by the club, and Dan Jackson and Matt White – both suspended – had cost the club.

Martin and Jackson will return on Sunday.

“Obviously he’s disappointed, he wants to be out there with his 22 mates and he’s let them down in that area. He’ll be a better player as a result.”

Richmond have decided not to sell any more games to Cairns after next season, but Hardwick said the move had been a “sound economical decision” and he wants to return to make amends at the ground with a win. 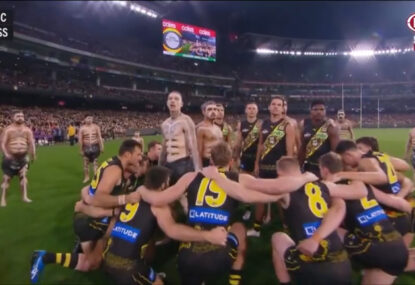 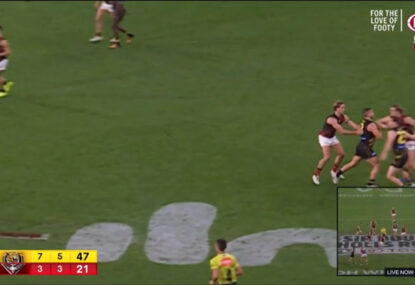 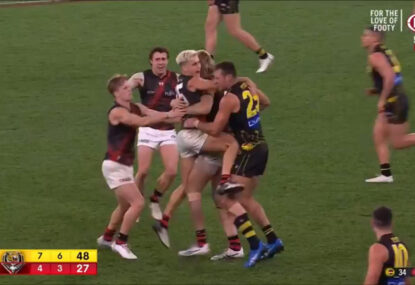 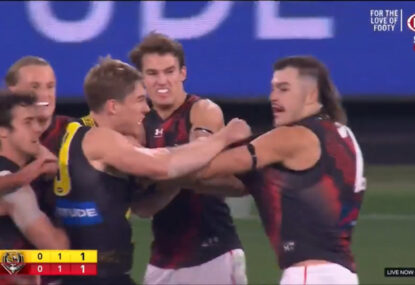