The Boomers charged out of the game in their opening Olympic contest, with Patty Mills and Matthew Dellavedova bounding across court like roos run wild.

The Brazilians were genuinely shocked, back-pedalling on alley-oops and fast-breaks much faster than they likely anticipated so early in the piece.

And as they adjusted, Mills persisted, like a boxer on debut eager to use his best punches early. The Brazilians continued to stumble, trailing 12-7 as the first period wound down.

But the South Americans hung tough, weathering Mills’ and Joe Ingles’ offensive onslaught, and that simply meant other Boomers needed to contribute. They did, but perhaps only in spurts, and sometimes without cohesion.

The issue, it seemed, was that everything ran through Patty Mills, and sometimes only through him. The lightning-quick point was dominant on the scoring end but needed a high volume of shots to do so (he was nine of 24 in the end).

Mills told the media post-game, “We definitely wanted to get the first game but we’ve got to take all of the positives out of it that we can. We move on to Spain now and believe we can beat them. We definitely think we can (win), we’ll stick to how we play.”

The last part of that comment concerns me because I don’t think Australia can win with the current game plan. Each opponent is different, and especially those with more interior size like Spain and China. Brett Brown is a great coach, and surely he knows that a few things need to change, especially in attack.

There’s no denying Mills’ talent, including splendid passing ability and diligent rebounding. But for the Boomers to progress there needs to be an increase in the movement off the ball, and a greater number of passes before the shot.

Too often the Boomers settled for isolation plays and the three-point jumper, of which they only made a small number (four of 22). At that point, the team offence might have been better served to focus on the post, using the soft touch of players like David Anderson and Matthew Nielsen.

It was the side’s relentless defence that essentially kept it close. If they can bring a similar level of circulation and movement to the attack, there’s no telling what this team can achieve.

So now comes Spain, an entirely different prospect. Their frontcourt, anchored by the unshaven and unstoppable Gasol brothers present a formidable challenge. Who will guard these two clever and creative giants?

And conversely, what approach should the Boomers adopt offensively when the middle is clogged by either man, or shot blocker Serge Ibaka?

For a start, the three-pointers need to fall, to not only relieve some of the impetus on Mills, but to also draw the Spanish bigs away from the paint. With a little more room inside, the likes of Brad Newly and Ingles can be more active making cuts and swooping onto rebounds.

Secondly, the ball needs to travel more quickly through hands and less on the dribble. And lastly, on defence, fronting and double teaming the likes of the Gasols is going to be crucial to reducing their scoring input.

The Aussies are a chance but they’ll need to execute a far more rounded game plan to compete in these Games. 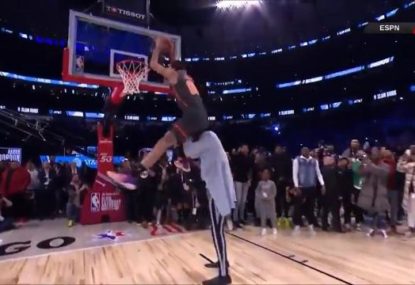 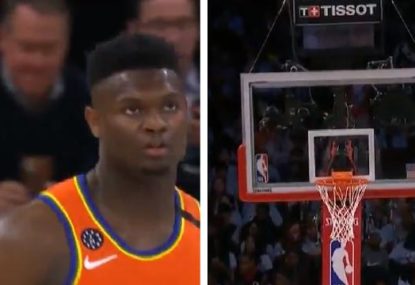 Giannis Antetokounmpo is the best player in the NBA, he is the reigning MVP and he is well on his way to going back-to-back in season 2019-20.