Yesterday in part one, I previewed the prospects of Queensland, New South Wales and South Australia in the upcoming Sheffield Shield season. Here are the previews for the final three states.

Tasmania were desperately unlucky not to host last season’s Sheffield Shield final after finishing equal with Queensland and Victoria and having a better points differential than both of them – only Queensland’s six outright wins as opposed to Tasmania’s five meant the final was played at the Gabba.

Once there, they gave the Bulls one hell of a fight, only losing by three wickets as Chris Hartley gave the batting performance of his career.

There’s nothing to suggest Tasmania won’t challenge again this season either. The bowling attack of last year’s leading wicket-taker Jackson Bird, along with James Faulkner and Luke Butterworth with Jason Krejza and Xavier Doherty as the spinners, looks as strong and well-balanced as any.

Indeed, it seems the only thing that can stop Tasmania playing another final is international call-ups. Don’t expect to see Ben Hilfenhaus too many times, Ponting and Cowan during the Tests, or Doherty during the ODI series.

Add to that potential Australia A or full team honours for Bird, Faulkner and Butterworth and you can see Tasmania possibly being a victim of their own success.

For so long the dominant domestic team, Victoria just missed out on making last year’s Shield final on quotient and number of outright wins. Despite players like Dirk Nannes and Brad Hodge leaving the domestic circuit for the bright lights of various Twenty20 leagues, they’ve still got plenty to throw at the opposition.

At full strength Victoria are brimming with talent: Chris Rogers, Rob Quiney and David Hussey at the top of the order, Peter Siddle, James Pattinson and Jade Herrick as the quicks, Andrew McDonald, Glenn Maxwell and Cameron White as the all-rounders and Matthew Wade behind the stumps.

Mind you, it’s unlikely Victorian fans will see this line-up at any time during the season. Expect to see Siddle and Pattinson in the Test team when fit, Maxwell in the one-day team and Wade in the 50 and 20-over teams at the very least.

The last time the Australian wicket-keeping spot was chopped and changed was back in the 1980s – keep an eye out to see if Wade retains his place from the West Indies tour or whether Brad Haddin comes back after leaving the tour to attend to his seriously ill child.

One of four teams challenging for Shield honours last season, Western Australia were just two points away from the top three teams. This year they’ll be hoping to take that extra step and try and win a competition for the first time since 2003/04.

The challenge for West Australian coach Lachlan Stevens is to take a ridiculously talented group of players and mould them into a domestic powerhouse. Players like Shaun and Mitchell Marsh and Johnson all have the ability – or at least had the ability – to be world beaters.

But footwork problems, disciplinary problems and mental problems have meant the three are considered to have under-achieved.

That’s not to say it’s all lost for the Sandgropers. Nathan Rimmington, Michael Hogan, Nathan Coulter-Nile and Michael Beer alongside the two Mitchells make for a bowling attack as good as any; while Liam Davis will want to build on his 921-run season and push for any vacancies in the Australian batting line-up.

Tom Triffit also looks to be a good buy to replace Luke Ronchi, who has headed back to his country of birth to try and make the New Zealand team. 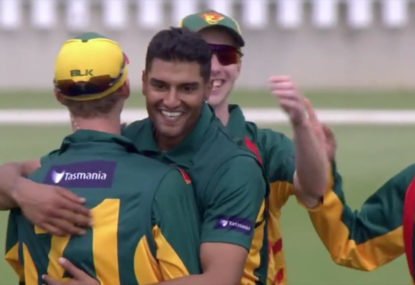