A Japanese lesson in football promotion

On a patch of grass, at 1.00pm local time, a city on the Japanese island of Kyushu witnessed a piece of sporting history that encapsulated the David and Goliath story better than any other.

The most intriguing question of this whole article is, will it ever be a possibility in Australia?

Enter Gamba Osaka. Five gold stars emblazoned upon their chests, staring down at their proud blue and black crest.

And whilst the team has suffered a set back this season, most pundits predict it to be temporary.

Enter V-Varen Nagasaki. V for Victory, Varen is the Dutch word for ‘to sail’. Their hometown, Nagasaki, is a city who knows struggle better than most.

The team were formed in 2005 and most of the players were High School students who also ran the club. They have now been transformed to a team which rapidly rose from the local divisions, to the JFL and after winning that competition, find themselves this season in J. League Division Two.

The performance was the first home match by Nagasaki in the J.League, and the first at The Nagasaki Athletic Stadium.

Nestled in the shadow of Mt. Tara, recently renovated for J.League matches, the stadium is partially undercover. An athletics track circles the ground, which has a capacity of 20,000.

This is where things start to get interesting. Considering the Division 2 average crowd from last season was 5,805, the crowd that greeted both teams is exceptionally large at 18, 153.

A sizeable contingent from Kansai made their way down, numbering 500 by my reckoning. Gamba went into the match after a 3-all thriller at home in the opening round against local Kansai rivals; Kyoto.

Nagasaki also carried in one point from their encounter with Okayama the previous week.

I won’t sugarcoat this, the story doesn’t end well for ‘David’.

For 70 minutes Nagasaki were outplayed in every facet of the game.

Gamba’s attack made mockery of the V-Varen defence, like wise, Osaka’s midfield was too tough an opponent for VVN’s attempts to break through.

Wave after wave of attack resulted in a 3-0 scoreline at half time courtesy of 2 from Shoki Hirai and a laser beam from outside the box for Takahiro Futagawa.

Gamba bossed Nagasaki for most of the match as one would expect from a team who won a continental championship recently.

But as I eluded to earlier, this only lasted for 70 minutes.

The final 30 was an impressive display of strength as Varen calmly walked to the kitchen, ripped out the sink and tossed it as hard as possible at Gamba’s defence. The breakthrough came from Shoma Mizunaga who in the 75th sent the crowd into raptures as the first home goal of the season bulged the back of the net.

Alas, the score stayed 3-1 until full time but not after Nagasaki performed an impressive lesson on how to pile pressure on a team ‘parking the bus’.

It’s hard to say whether the last 30 minutes were a result of Gamba taking their foot off the accelerator or Varen unlocking their attacking prowess and Gamba’s defensive frailties.

Nagasaki went down, but certainly not without a fight as this hard-working, ship-building port city knows too well.

In a space of 8 years, V-Varen Nagasaki has gone from thin air to professional football, mixing it up with some of the biggest name’s in the Asian game.

Currently in our own backyard we are seeing the establishment of the National Premier Leagues based in each state that appear to be slowly but surely linking the professional and amateur game’s together.

With the potential of selective promotion on the horizon, Nagasaki’s effort lights a path and offers encouragement for teams like Sunshine Coast Fire, Canberra City FC and the ‘reintroduction’ of previously nationally competing teams such as the North Queensland Fury and South Coast Wolves.

In the development of our game’s future in this country, it would be wise for us to take the best from all footballing nations world wide and implement them at the appropriate time.

I hope V-Varen serve as a reminder to people that one day in the future we might hope to have financially viable, stable, ‘home-grown’ clubs looking to step up to A-League level.

If we take the best parts of Japanese football we might find our future, like Nagasaki’s, looking very bright indeed. 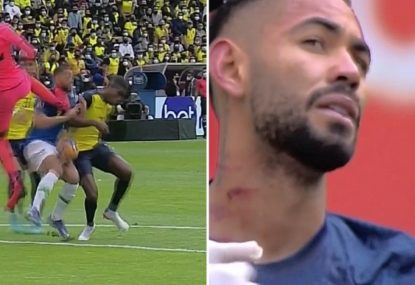 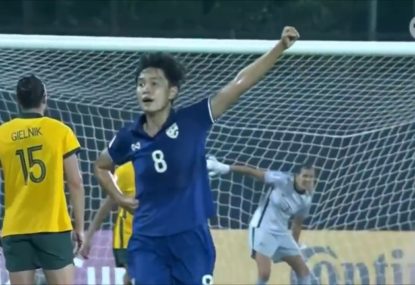 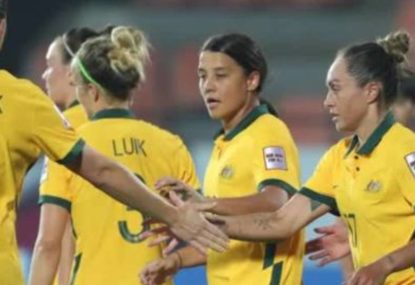 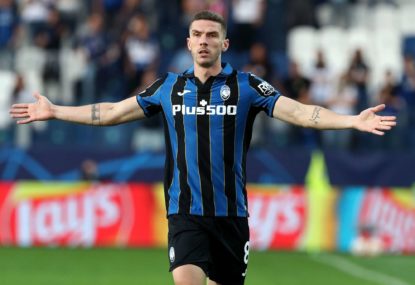