The UCI's Rule 1.2.019: Could unsanctioned events be the future of cycling?

There has been quite a hullabaloo recently with the UCI declaring that they would henceforth be enforcing their long-dormant rule, romantically entitled Rule 1.2.019.

It declares that any rider with a UCI license cannot race in any event that hasn’t been sanctioned by the UCI.

I’ve been doing unsanctioned events for years and I have to admit, my motives are spectacularly sinister: I want a convenient way to stay fit.

Why has the UCI decided to push this rule, when it hasn’t even proposed an anti-doping initiative or apology to the cycling community at large?

Considering the farcical way they managed cycling over the past 30 years, it’s the least they could do.

Maybe the UCI didn’t get the memo; but a lot of us cyclists have given up on them, long before they decided to endorse Rule 1.2.019.

Some sports need a facility, a high level of organisation, or an arena, but cycling needs no such thing. We don’t even need officials to have a race.

I raced for years as a professional, yet some of the best “races” I’ve ridden were nothing more than training rides. The races were policed by other riders, not UCI officials, and the prizes consisted of nothing more than bragging rights.

You can go from Sydney to Los Angeles and everywhere in between, and you’ll find a plethora of vibrant racing and training events, organised and prospering, regardless of the existence of the UCI.

There’s a river ride in Sacramento I did for years, and the battles we had on those roads were as good as some of the pro races I competed in. The ride was safe, intense, fun, and five minutes after the ride ended, no one cared who’d won.

When the group had all finished, we’d casually pedal into town, friends and enemies, chatting away about the weekend races, or even other random events outside the world of cycling.

Cycling is on its own evolutionary trajectory, and the term ‘cycling’ means many things to many different people. Every decade a new variant of the sport emerges such as mountain biking did in the 70’s. Even within this discipline, it evolved into events such as downhill, freeriding and enduro.

More recently hipsters have taken up the mantel of what a cyclist might be, and embraced their own fetishised version of cycling, and its culture.

The truth is; the UCI is fundamentally at odds with this evolution. They don’t seem to realise that people just want to ride, and that if you allow people top do that then the culture of cycling becomes ever broader and richer.

Even the bikes are a physical manifestation of ‘open source’, and at odds with the tyrannical rules set out by the UCI on components, materials and geometry.

At the core of the UCI’s perceived world is competitive professional road cycling, and at the core of this are the primo events such as the World Championships, Olympics, Paris-Roubaix and Tour de France.

99.99999% of people, who classify themselves as cyclists, will never do these events, and while these events provide a spectacle of human performance and a picture of what the outer reaches of the sport is capable of, the idea that that alone is cycling is out of touch with the “actual” world of cycling.

This same elitist group that has caused so much disaffection within the sport thinks it can sustain its “business as usual” stance.

Apparently it hasn’t been listening to the bike loving public.

What the cycling public needs from the UCI isn’t the implementation of petty and almost unenforceable rule, but a comprehensive plan to tackle systematic doping. That is the real problem in the sport, one that is tearing apart its very fabric.

There will be less resistance for other organisations and race organisers to come in under the UCI umbrella if it can prove to the cycling public that it has the credibility and structure to manage this current crisis.

Perhaps it would be easier to convince the cycling public, too, to forgo all the benefits of other cycling events, operated outside the UCI sphere, if this problem was solved.

The ill timing of the UCI’s attempt to expand and consolidate its power, by instituting the ruling 1.2.019, will, in all likelihood, usher in a new era of cycling: an era where the UCI model, loses its stature, credibility and meaning, if it hasn’t already! 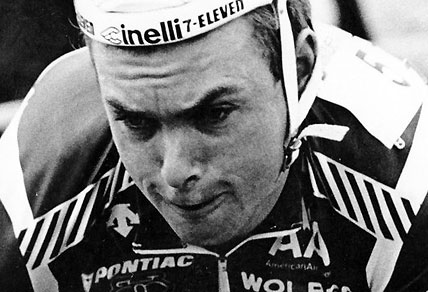 John Brady was a professional cyclist, racing for the 7-11, Spago, Levi’s Raleigh and Ofoto cycling teams in the mid 80’s to the late 90’s. Competing in events like Etoile de Besegge, Ghent Wevelgem, World Championships, and the Tours of America, Holland, Britain, New Zealand and Belguim. He was a sprinter, winning well over a 100 races in a career spanning 11 years.