Following on from the all time ‘B’ team batsmen listed yesterday:

Best known now as a commentry legend, Benaud the player was a truly great leg spinner and captain and a more than handy batsman.

He was the first player to reach the 2,000 run/200 wicket double in Tests and in an otherwise dull Ashes series in 1962/3. He, Brian Statham and Fred Trueman were literally neck and neck in the race to break Bedser’s Test wickets record of 236.

Amazingly, Benaud and Trueman ended the series on exactly 236 wickets each, but Statham had taken the record with 242.

He is still the holder of the third fastest century by minutes (78).

But his playing days are highlighted by his attacking captaincy – coming around the wicket at Old Trafford in 1961 to secure a famous win; instructing his team to “go for it” in that momentous last session at the Gabba in 1960; and only losing four of his 28 Tests in charge.

Jack Blackham caused Test cricket’s first ever selection controversy. His selection as in inaugural Test caused Spofforth to boycott the match in protest at his mate Murdoch not being selected as keeper.

It was a good selection as Blackham became Australia’s first great keeper in the days of standing up to all bowlers with a pair of gardening gloves. He played four years longer than any of the other 21 players in that first Test.

One of the XI in ‘Bradman’s Best,’ the Don was a massive fan of Bedser, which is not surprising as Bedser was the only player to dismiss him for a duck more than once.

And after being dismissed by Bedser 18 times in 21 Tests, the great Arthur Morris (also in Bradman’s Best) became known as Bedser’s Bunny’.

He was instrumental in England’s ascent to being the best team in the world in the 50s, and held the Test wickets record for nearly a decade. After his retirement, he was an England selector for over 20 years.

Perhaps the main criticism of him was that he generally picked and chose his tours and never ended up playing in the West Indies or the subcontinent where his style of bowling may not have been as effective.

Perhaps the sexiest exponent of that unsexiest of arts – left arm orthodox – Bedi is as well known for his belligerence as for his preternaturally long spinning fingers.

As a player he was prolific, only Gibbs and Trueman had taken more wickets when he played his last Test, and no Indian has taken more First Class wickets.

But as captain he did court controversy, accusing John Lever of ball tampering using Vaseline; and famously declaring only five wickets down and 13 runs ahead at Sabina Park in 1976 in protest at the Windies’ bouncer attack on his players.

Post-retirement he is known for his attack on unorthodox spinners – especially Muralitharan who he describes as a “javelin thrower.”

His Test and First Class records are amazing enough (he held the Test wickets record for 22 years and his seven wickets per Test is still unparalleled) but it was in minor Counties cricket, where he cloistered himself for much of his career, where he was truly jaw-dropping – over 1,400 wickets at an average of 8.

His style has been described as part swing, part seam, part spin but with great accuracy and guile. In 1928, at 55, he was still good enough to take 12 wickets for Wales against the touring West Indies.

His career literally linked WG Grace (who he played against in 1894) and Bradman, who toured England in 1930, the year Barnes played his last First Class match.

The full team then:

Overall, this must be one of the strongest teams and possibly unbeatable in English conditions.

The potential stodginess in the top order is offset by Bradman and the all rounders. Bradman is captain by default, as it is impossible to imagine him playing under anyone else.

But the overall strength of this team might be reflected in how strong a B second XI would be. Would anyone care to have a crack at that? 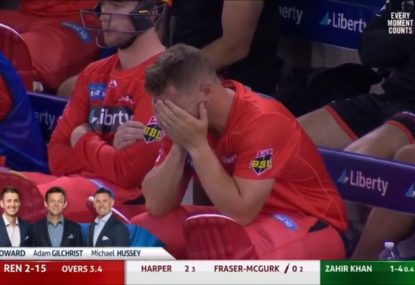 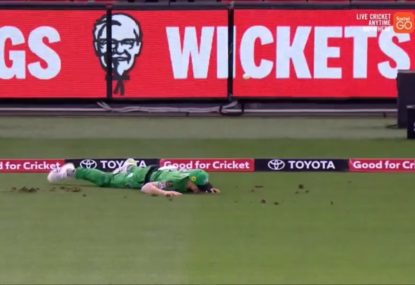