Robert Grant
21st May, 2013
1
Join the conversation
Advertisement
Write for The Roar

Collingwood have suffered their most serious injury blow this year with the possible loss of star midfielder Dale Thomas for the rest of the AFL season.

Thomas underwent surgery to repair a hole in a ligament on his right ankle on Tuesday and the club’s most optimistic assessment is a return to the team in round 20.

But coach Nathan Buckley admits he is concerned that Thomas could miss the season.

Forward Alex Fasolo was also due for surgery on Tuesday, following the foot injury that has sidelined him indefinitely.

And fellow midfielder Dayne Beams has had his stay on the sidelines extended, as he fails to respond to a quad injury.

The All-Australian will not be considered until round 14, after Collingwood’s bye.

The decision to operate on Thomas was influenced by the club medical staff, who had decided it was a better option than the previous decision to simply rest him for a couple of weeks.

“We went back to the well and had a look at the reality of the situation, re-assessed his prognosis and his scenario,” Buckley said.

“After sleeping on it, the surgeon himself was a little bit stronger (on operating) than he was the day before.

“It’s the best opportunity he has to get back to full fitness before the end of the year.”

Buckley said he had massive fears and reservations that Thomas would not return this season.

“But this is the course of action that is best for Daisy (Thomas), for him to get his body back to speed, to fix an injury,” he added.

Buckley said Beams had scar tissue which was struggling to heal.

“I’ve been there myself and the way to find out about those injuries is you slowly ramp up the training and get to a point where you either break through or you fail,” he said.

“Beamsy’s had three or four of those over the last eight or nine weeks. We won’t see him before the bye and we definitely hope we can get him up to speed this time around.”

But Buckley is confident the extended absence of Thomas and Beams, two of Collingwood’s best players, will not dramatically impact the team’s form this year.

“It wasn’t the difference last year,” Buckley said. “We just didn’t play good enough team football towards the end and the better sides were just a couple of goals better than us.”

Collingwood are in the eight after beating Geelong in an upset last Saturday night and meet premiers Sydney at the MCG on Friday night.

The Swans beat the Magpies in last year’s preliminary finals.

“I think they’re the benchmark in a couple of areas and that’s contested footy and effort,” Buckley said of the Swans, who are fourth. 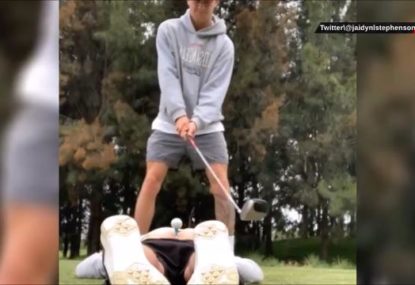