Waratahs should be applauded for engaging with young fans

The commitment to junior rugby from the Waratahs and ARU in NSW has turned a full circle.

In the past this often strident critic bemoaned that the Tahs lived in a self-created eastern Sydney cocoon and junior rugby (especially in regional NSW) was virtually being ignored – and there was a level of truth in this.

Certainly it characterised the years prior to Michael Cheika when the Tahs and ARU Junior Development Team were not exactly embracing a joint junior rugby engagement strategy.

Roll forward to late 2012/2013, the Tahs – ably assisted by a small but professional and passionate team of ARU development officers – have engaged the NSW community on an unprecedented level.

More recently kids from Avoca Beach Rugby, Kiama Rugby and Bowral Rugby formed the run on guard-of-honour for the Waratahs vs Brumbies match at ANZ Stadium. Below is a quote from one of fathers present:

“The Tah man was very entertaining and involved the boys on the night. He selected one of the younger boys and had him dancing on the field which was displayed on the big screen.”

“Next the Tahs ran through the guard, with the boys waving their flags like crazy, it was a great sight.

“Just the look on the boys faces leaving the field after being so close to the players highlighted the importance of the night for me in cementing rugby at its ground roots.

“It’s nights like these that the boys remember for a very long time.”

The Waratahs are conducting an open training session on June 12 at Allianz Stadium between 3.00-5.00pm.

Three days later, two qualifying primary schools will play off for the State Primary Schools Championship, which will precede the Waratahs vs British and Irish Lions game on June 15 at Allianz Stadium. 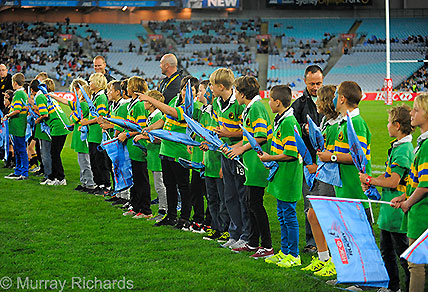 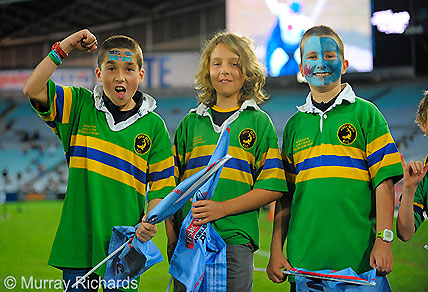 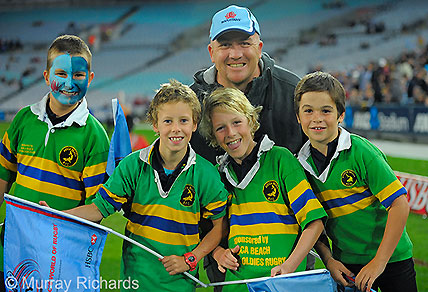