The Brumbies have fallen agonisingly short of the Super Rugby title after defending champions the Chiefs clawed back a late ten-point deficit to win the final 27-22 in Hamilton.

It was the championship fight all hoped for at a sellout Waikato Stadium, the Brumbies’ territorial-based gameplan only just coming unstuck by a Chiefs side willing to run the ball from everywhere.

While many will attribute the Brumbies’ late fade to a gruelling four week-travel schedule in the lead up to the match, coach Jake White put it down to inexperience.

“With 20 minutes to go, I thought we had the game, not sewn up, but the pressure was (building),” White said.

“Obviously you’re a bit heart sore and you feel like you could have won that. But you’ve got to be proud.”

The Chiefs were 10 points down and needing to score twice when blindside flanker Liam Messam stormed over from a five-metre scrum to make it a five point ball game heading into the last 15 minutes.

The Brumbies then surrendered the lead they’d held for the entire match when replacement Robbie Robinson scored to give his side a two point buffer in the 67th minute.

Brumbies captain Ben Mowen said it was a few errors late in the game that swung momentum against his side.

“Instead of putting kicks in the spots we would have put them, or taking high balls, we dropped them,” he said.

“Next thing you know you’re defending pick and go under your posts.”

Ireland-bound Chiefs captain Craig Clarke said it was a relief to win in his last game for the Hamilton-based side.

“That’s an awesome Brumbies team who have a huge amount of heart and put us under pressure,” he said.

Chiefs coach Dave Rennie was almost left wondering what could have been following his decision to use flyhalf Aaron Cruden as goal-kicker ahead of renowned sharpshooter Gareth Anscombe.

While Brumbies kicker Christian Lealiifano had an unblemished night with five penalties, a conversion and a try for all 22 of his side’s points, Cruden missed three very kickable shots.

“A bit hit and miss, but I was just stoked to see the last couple go through,” Cruden said.

Another magnificent performance at the breakdown from Brumbies flanker George Smith wasn’t enough to earn him the fairytale send-off from Australian rugby he desperately wanted.

“He’s phenomenal. Everyone is talking about his performance,” White said.

“He epitomises everything we’re trying to get to at the Brumbies.”

The Brumbies stormed out of the blocks with three early penalty goals to lead by nine points after repelling several waves of attack.

But the defending champions bounced back, Cruden recovering from a shanked first penalty attempt to land his next three and level the scores.

“They disrupted and stole a lot of our ball and it took us a while to work out a strategy to sort that out,” Rennie said.

After several close intercept attempts, Lealiifano showed great handling skills to thieve a long pass from Chiefs halfback Tawera Kerr-Barlow to race away for the opening try to give his side a seven point lead into the break.

The situation became more dire for the Chiefs on the otherside of halftime when Smith isolated Barlow to earn another three points and a 19-9 lead.

But the Chiefs managed to overturn the deficit late to become the fourth team to win consecutive Super Rugby titles. 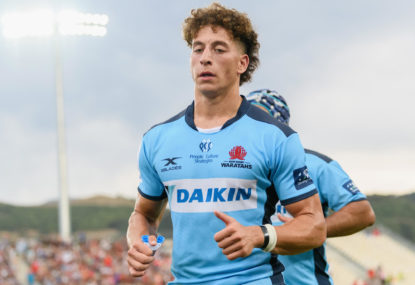 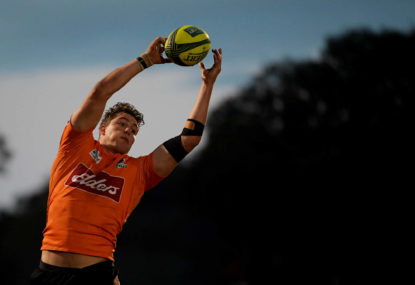 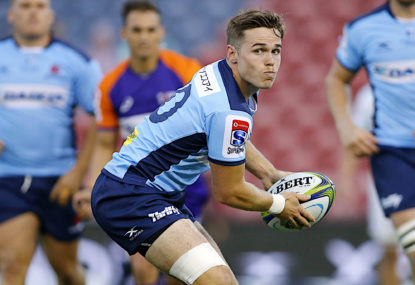 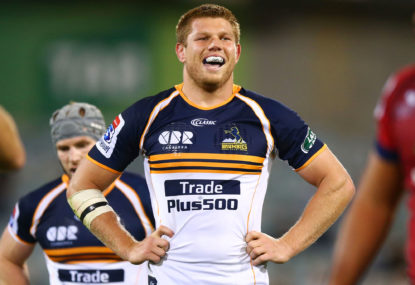