As the oldest of the club songs, this one really has a lot to answer for. A chap by the name of Tom Nelson arrived at Collingwood in 1906, played three matches, wrote the lyrics to the song, and never played again.

I can’t find much else about him – I don’t even know what position he played. But to be fair, some details do get shrouded by time, and 1906 is a long time ago now. Long enough that the official Collingwood Football Club Nicknames Register shows Nelson played in the same decade as blokes with names like ‘Flapper’, ‘Rosie’, ‘Snowy’ and ‘Butch’.

The tune for ‘Good old Collingwood forever’ was taken from ‘Goodbye, Dolly Gray’, written in 1898 by Paul Barnes, with lyrics by Will Cobb. It became popular during the second Boer War (and revived again during WWI).

This makes me feel sad and not at all like playing football, but Tom Nelson, to his credit, saw greater things for the music hall standard and may even have been partially responsible for starting this whole footy club song thing in the first place.

I’m sure the other clubs were annoyed at this post-game racket they were forced to listen to in defeat from the adjoining change-rooms, and soon set to work on their own.

As an aside, it’s hard to dig up a truly accurate chronology of the club songs, as most of these things didn’t get recorded (who would have thought back then we’d all be prattling on reverently about the game over 100 years later), and so many songs would have been used by clubs at some stage would have been dropped.

As for the songs that are currently still sung, we can start right back in 1906 with Collingwood, who in the early 1910s were joined by Melbourne.

So there you go. Fascinating, eh?

I like a lot about ‘Good old Collingwood forever’, mainly the attitude of the lyrics about a club that sticks together, a club that is ‘good old’, like a comfy, well-worn but sturdy cardigan.

It’s also interesting to note it was way back then in 1906 that Collingwood supporters were given official rights to be some of the loudest people on the planet with the line ‘See the barrackers a-shouting, as all barrackers should’.

Even the line ‘Oh the premiership’s a cake-walk’ is somehow great, even though it must feel pretty silly to be singing that one after the last victory you have in a season where you finish 10th.

This one line was part of a controversial alteration when, during the early 80s, there was an attempt to replace it with ‘There is just one team we favour’, but tradition won out, and a good thing too. 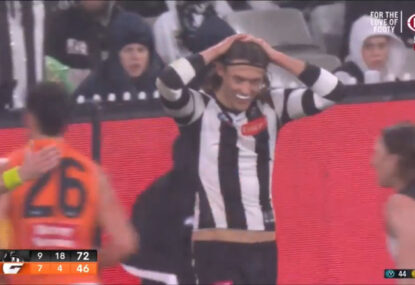 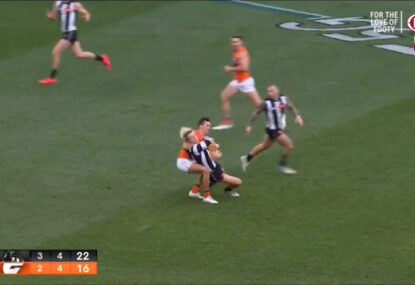 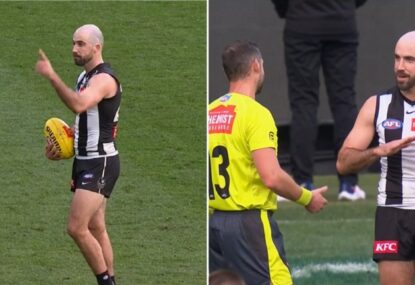 Collingwood and Jordan De Goey have released a video addressing his trip to Bali. 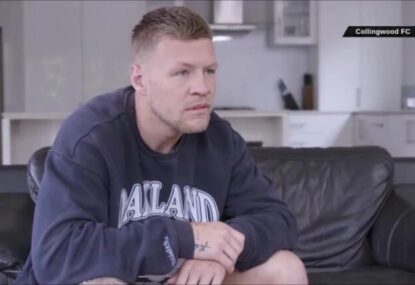 The latest Jordan De Goey saga has thrown up an interesting juxtaposition. There are those who believe that De Goey has messed up, and…