Every year we hear in rugby league (and maybe in other places, but I’m not listening) that contracts don’t work any more.

We hear that they’re not worth anything, and are meaningless.

This year, we heard it more than usual.

I think they do work and work well – and that it’s the decisions of the people charged with administering them that should be the subject of sharper focus.

When Ricky Stuart left Parramatta to join Canberra he “walked out” on a three-year deal by exercising his 30-day termination clause, a clause that he could, apparently, exercise at any time of his choosing.

This was a clause agreed to between two parties in a commercial negotiation, that the Parramatta board must have understood could one day be exercised.

The real story here is not that Stuart walked away, but that Parramatta, in seeking a new coach and some much needed stability, gave him the power to walk away.

Ricky Stuart was let go by the Sydney Roosters and quit as coach of the Cronulla Sharks.

His club record since the retirement of Brad Fittler is, on a win/loss basis, poor.

Despite much talk about culture, his return as coach of the NSW Origin team resulted in two wins from six, and two series losses.

In offering Stuart a deal worth hundreds of thousands of dollars a year, Parramatta may well have been in a position to demand from Stuart a greater contractual commitment than he gave.

Would he have signed without the 30-day clause?

I have no idea, but if he’s smart enough to get it, he’s quite entitled to exercise it, and the questions about the inclusion of that clause should be asked of the Parramatta board not of Stuart.

I understand that this legal analysis ignores Stuart’s lectures to Parramatta fans about the need to stay the course through difficult times, but that’s a topic for a another day.

If a club grants a player the right to terminate a deal to be with their family (or the right to have the club “look favourably” on such a request – whatever that means) they can hardly criticise the player for taking advantage of the rights granted to them.

Maybe the player really wants to leave to get more money, maybe they want to play in a different position, play under a different coach – who knows?

The point is not the decision making process that leads to the exercise but the right to exercise that the club granted.

If the club doesn’t want the player to be able to leave in these circumstances, it should not arm the player (or his agent) with the ability to do so.

Again, in my view, the criticisms of the player should instead be directed at the club.

The Ben Barba situation is, of course, somewhat different.

Barba has attracted enormous criticism on social media and elsewhere for his decision to seek, and be granted, an early release from his contract to move to Brisbane.

Ignoring Barba’s other problems and/or alleged problems, who wouldn’t do everything in their power to live in the same city as their children?

And what employer would ever feel that they could get the best from their employee (and rugby league players are employees) under extremely problematic family circumstances?

Contracts can always be changed when the parties agree to do so and in this case, Canterbury made a sensible, pragmatic decision to release an unhappy employee.

Yes, they lost a good player but if his ex-partner and children moved to a different city and Canterbury denied (as they could have) his request to join them, really, what kind of player would he have been then?

Some Canterbury fans were outraged.

They however were much less outraged, of course, than when Krisnan Inu, Mitch Brown and Sam Perrett negotiated early releases from contracts in 2012 to help the club to a grand final.

Contracts still work, just as they ever did.

However, sometimes it makes sense, for the benefit of an organisation as a whole, not to enforce the rights you have.

And, if in negotiating those contracts, if you give someone rights you wish you hadn’t given them, the only person to blame for that is yourself.

Sam Walker and Joseph Suaalii have led the Roosters to a 31-24 win over Parramatta in the showpiece Sunday afternoon clash at Magic Round. 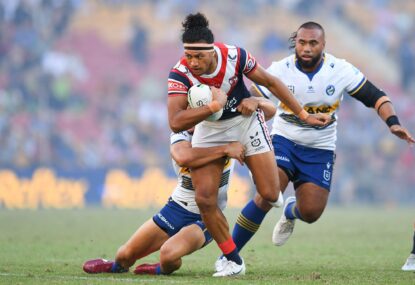 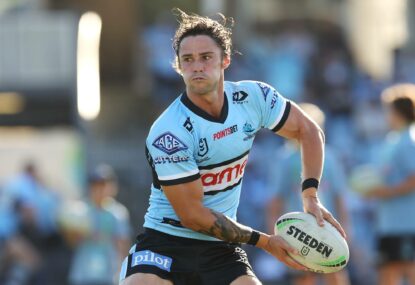 Can the Eels win the NRL title?

Brad Arthur had started this season claiming Parramatta players finally believed they could beat any team to win this year's premiership. On Friday night,… 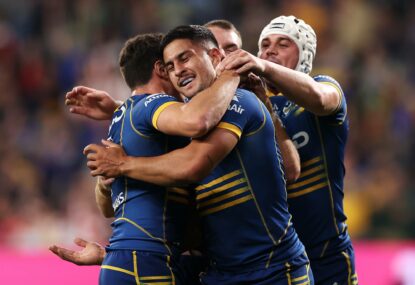 Can the Eels win the NRL title?

Parramatta have broken Penrith's 21-game home win streak, coming from behind to defeat the reigning Premiers. 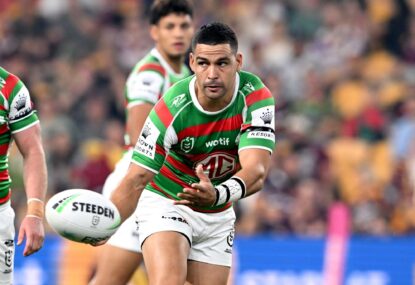