With usual Dragons fullback Adam Quinlan to be rested from Saturday’s NRL clash in Canberra, McGregor has named Gerard Beale to slip into the No.1 jersey from centre as cover.

But when asked to confirm it wasn’t all just a smoke screen for Dugan to make a return to fullback from centre, McGregor coyly replied: “Can’t say that. There’s always a smoke screen out there.”

The clash is shaping as a huge one for Dugan, as the NSW State of Origin star hasn’t returned to GIO Stadium since the Raiders gave him the boot for a string of off-field incidents last year.

McGregor, however, gave a strong indication that he’d keep Dugan at right centre, saying he was “building a really good relationship with Benji Marshall”.

“Josh prefers to stay at right centre in this part of his career,” McGregor added.

The Raiders have also noticed the improving partnership between Marshall and Dugan, with prop Brett White identifying the duo as the Dragons’ key threat.

“Benji is getting back to his best,” White said.

“He can hurt us, really badly. He was one of the best in the NRL, and he’s getting back to that form.

“He can step just about anyone, and that’s a worry for blokes like me.”

The 15th-placed Raiders, who are unchanged after last week’s 18-10 loss to Parramatta, have been talking down the famous hoodoo between the clubs all week.

Yet there’s no denying a huge statistical anomaly exists between the two sides.

It’s been 14 NRL seasons since St George Illawarra were victorious in Canberra, while they’ve managed to beat the Raiders just twice in their past 19 outings.

McGregor also took time to rubbish any talk of superstitions on Friday, saying the past wouldn’t have an impact on the game – which his side must win to stay in finals contention.

“I don’t believe in any of that. I believe in two football teams coming off losses – and we’ve got plenty to play for.”

Established in 1999, the St George Illawarra Drgaons made a grand final in their first year of existence, have won two minor premierships and a grand final. 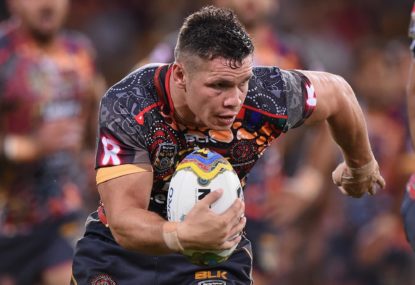 St George Illawarra NRL player Tristan Sailor has been charged with aggravated sexual assault after an alleged incident last weekend. Sailor, who is set to be released by St George Illawarra at the end of the season, was arrested in Wollongong on Saturday. Officers searched the home he shares with his parents, including his father […] 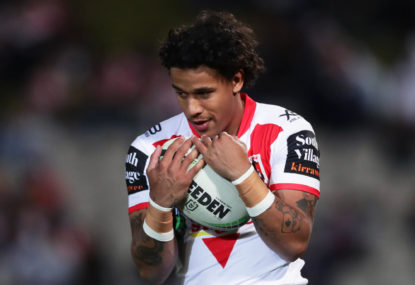