The 51st International Shooting Sport Federation (ISSF) All Event World Championship are under way in Grenada, Spain, and representing Australia in the finals of the 50-metre prone rifle event was Warren Potent.

The 52-year-old lives in Sydney and competes with the Legion Target Rifle Club.

Potent was the Olympic bronze medal winner in Beijing, and the gold medal winner at the Glasgow Commonwealth Games.

The qualifying round saw Potent easily make the finals, with a score of 629.9.

The finals series is a nerve-racking session where each shooter initially shoots two series of three shots, with a maximum possible score of 32.7 for each series. Potent finished this first stage with 31.2 and 31.7 for a tally of 62.9 out of a possible 65.4. This placed him in equal second with Yury Shcherbatsevich (Belarus), behind Sergey Kamenskiy (Russia).

The second part of the finals is an elimination match, where after each series of two shots a competitor is eliminated. This continues until there are only two competitors left on the shooting line. Gold and silver are decided with the next two shots.

Each shot has a maximum possible score of 10.9.

Potent’s final score of 210 placed him 1.4 points ahead of silver medallist Daniel Brodmeier (Germany), and 22 points clear of the bronze medal winner Shcherbatsevich.

Speaking after his win, Potent said, “Qualifications went good, I shot consistently right to the end… I just let it happen.”

When asked about the pressure of the finals he said, “I was really relaxed, today, no pressure.

“I am going for Rio, that was always in the plans. And after that we’ll see.”

Potent was awarded an Olympic quota place as a result of his world title, which means he really has his sights set in Rio 2016. 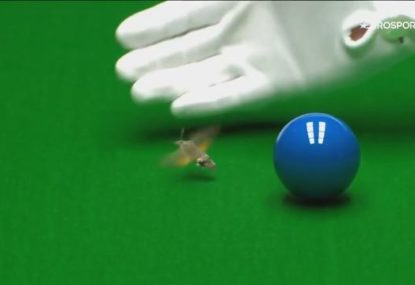