The Roar
8th December, 2014
8
Join the conversation
Advertisement
Write for The Roar

Australian skipper Michael Clarke has been deemed to fit to play and will captain the side in the first Test match of the summer at the Adelaide Oval.

Australia’s most accomplished Test batsman, Clarke was battling to be fit for the match, after injuring his hamstring earlier this summer in the third ODI against South Africa.

He was originally ruled out of the first Test in Brisbane, but with the rescheduling of the Test summer after the death of Phillip Hughes, he has had an extra four days to prove his fitness for the Adelaide match.

Two pace bowling all rounders, Mitchell Marsh and Shane Watson, have both been selected alongside three fast bowlers.

In-form NSW paceman Josh Hazlewood is the bowler to miss out, with Peter Siddle retaining his spot alongside Ryan Harris and Mitchell Johnson.

Steve Smith has been battling a quad injury he picked up during the ODI series against South Africa, while Ryan Harris has only played one Shield match since his return to bowling. He was sidelined after the tour of South Africa earlier this year.

Captain Clarke completed a full session of running and various movement earlier today, giving the selectors the confidence to give him the go ahead for the Adelaide Test match.

Phillip Hughes has been named honorary 13th man for the fixture, as part of a series of tributes dedicated to the former Test batsman.

Australia’s contingent of IPL cricketers will be evacuated from India to other nations while awaiting the lifting of a travel ban to return home.

Pat Cummins remains hopeful that Australian players will be able to return home from playing in the IPL when the current travel restrictions finish on May 15. 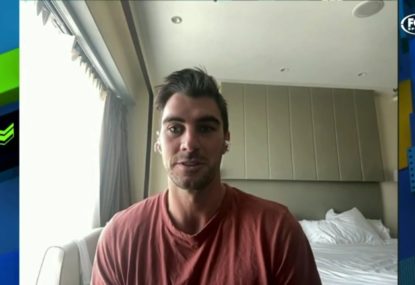