Another year featuring some quality Test cricket has drawn to a close. There were enough memorable moments to keep lovers of this great game enthralled and engaged.

Teams Overview
Undisputed Test champions South Africa suffered their first series defeat in five years as they went down to a hungrier Australian side at home.

This result meant that the Proteas lost their number one ranking for a while, but it was only a matter of time until they deservedly regained the top spot.

Following the retirement of their long-serving captain Graeme Smith, South Africa regrouped well under Hashim Amla and scored series wins in Sri Lanka and Zimbabwe, and look certain to win the ongoing home series against the West Indies.

Australia started the year by completing a whitewash of England at home, snatching the Ashes urn back just four months after having lost in England. This was followed by a hard-fought series victory in South Africa, a result that reignited hopes of another period of world domination.

But subcontinental pitches proved to be their undoing again, as they went down tamely to Pakistan in the UAE. As was expected, they regained the Border-Gavaskar Trophy against India at home, closing out the series with a match to spare.

England were a beleaguered lot at the start of the year as they suffered a second Ashes whitewash defeat in their last three tours Down Under. Off-field controversies such as the Kevin Pietersen issue did not help their cause.

Alastair Cook’s men were then outwitted by Sri Lanka at home, prompting many to question his role as captain.

However, they managed to rediscover their spark a bit by achieving a come-from-behind home victory in a five-match series over India.

Pakistan played all their cricket in Asia, with mixed results. A thrilling chase early in the year saw them level their home series against Sri Lanka in the UAE, but later in Sri Lanka, they were found wanting as they lost both Tests.

Once back in the UAE, they bullied Australia into submission with one of their best all-round Test displays. But a spirited New Zealand proved to be a stiffer opponent, and Pakistan had to be content with a drawn result against them.

Sri Lanka grew as a Test team, with their historic win in England being the highlight. They started off by commendably drawing the series against Pakistan in the UAE before their successful English sojourn. 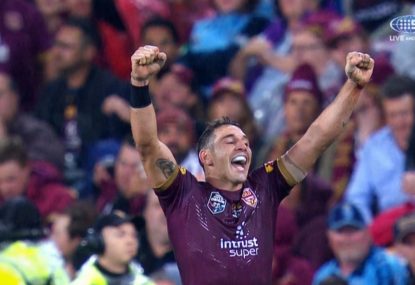 In their home season, they began by defeating Pakistan, but could not put it across South Africa and went down fighting against them. The defeat in the first Test in New Zealand showed that Sri Lanka had quite some work to do, but this was more to do with the strength of the hosts.

India did not play a single home Test, and hence it was always going to be a tough year for them. By the end of it, they slipped to sixth in the rankings following three overseas series defeats.

In New Zealand, an epic rearguard by the hosts denied them a drawn result. In England, they took a lead by notching a win at Lord’s, but capitulated to big defeats in the next three matches.

Finally, in spite of a much improved performance, they lost the Border-Gavaskar Trophy in Australia, with captain M.S Dhoni announcing his retirement from Tests the same day.

New Zealand were the team of the year, and were the only side not to lose a series. After securing a memorable home victory against India, a series which will be remembered for captain Brendon McCullum’s triple hundred, the Black Caps performed admirably overseas as well.

A solid team performance saw them first triumph in the Caribbean, followed by a drawn result against Pakistan in the demanding conditions of the UAE. They capped off with a record fifth Test win in the year by commandingly beating Sri Lanka at home in the first Test.

The West Indies’ lowest point came off the field, when the pay issue between the players and the board reached a head during their tour of India, which had to be called off midway with all three Tests still left to be played.

On the field, a new captain was named in Denesh Ramdin. At home, the Windies lost to New Zealand despite a few promising individual performances, before dispatching Bangladesh with ease.

They look set to lose their ongoing series in South Africa, thus prolonging their woeful overseas record in recent times.

Bangladesh suffered a heavy innings defeat against Sri Lanka at home to lose the series and later disappointed in the West Indies. But then at home against Zimbabwe they completed their first ever whitewash victory in a three-Test series.

Zimbabwe got little opportunity to prove themselves, and lost all the matches they played – a one-off home Test against South Africa and then against Bangladesh.

Sri Lanka’s Kumar Sangakkara was the year’s highest run-getter, with 1493 runs in 12 matches. His compatriot Rangana Herath was the highest wicket-taker, with 60 from ten matches.

Australia recorded their third Ashes series victory by a margin of 5-0, all instances coming at home. Earlier, they had achieved the feat in 1920-21 and 2006-07.

Australia regained the Ashes just four months after losing their last series (in England in 2013), the quickest such instance in history.

Brendon McCullum became the first New Zealand batsman to score a triple hundred, when he scored a heroic 302 against India at Wellington.

He broke the country record held by Martin Crowe, who made 299 at the same ground against Sri Lanka in 1990-91. This was only the second triple hundred scored in the second innings of a Test.

New Zealand twice created a new record for their highest Test total. They scored 690 against Pakistan at Sharjah, which bettered the 680/8d recorded against India at Wellington earlier in the year. Their previous highest was 671/4d against Sri Lanka at Wellington in 1990-91.

Rangana Herath’s 9/127 against Pakistan at Colombo was the first nine-wicket haul in a Test innings in 13 years. The last bowler to achieve the feat was fellow Sri Lankan Muttiah Muralitharan, who had taken 9/51 against Zimbabwe in 2001-02.

England’s Stuart Broad became the fourth bowler to take two Test hat-tricks after he achieved the feat against Sri Lanka at Headingley. He had earlier taken a hat-trick against India in 2011.

Pakistan captain Misbah-ul-Haq equalled the record of the fastest Test century in terms of balls faced, taking only 56 balls to reach the milestone against Australia at Abu Dhabi. West Indian Vivian Richards had also taken 56 balls for his hundred against England in 1985-86.

Taijul Islam recorded the best ever bowling figures in an innings by a Bangladeshi when he took 8/39 against Zimbabwe at Dhaka. He bettered Shakib Al Hasan’s 7/36 taken against New Zealand in 2008-09.

New Zealanders Brendon McCullum and Bradley-John Watling added 352 for the sixth wicket against India at Wellington, which was a new record for that wicket. The previous record was 351 by Mahela Jayawardene and Prasanna Jayawardene for Sri Lanka against India in 2009-10.

A new record for the tenth-wicket partnership was also created. Englishmen Joe Root and James Anderson put on 198 for that wicket against India at Trent Bridge, bettering the 163 added by Phil Hughes and Ashton Agar for Australia against England in 2013.

Mark Craig achieved the best figures by a New Zealand bowler on debut when he finished with 8/188 against the West Indies at Kingston. The previous best was 7/143 by Paul Wiseman on his debut against Sri Lanka in 1998.

Dane Piedt became the second South African (after Albert Vogler) and the 19th bowler overall to take a wicket off his first ball in Test cricket. He dismissed Mark Vermeulen of Zimbabwe at Harare.

Sri Lanka won their first Test series (consisting of more than one match) in England, defeating the hosts 1-0 in a two-Test series. They had earlier won a one-off Test in England in 1998.

Younis Khan now has the most number of centuries by a Pakistani. He scored his 26th hundred against Australia at Dubai, going past Inzamam-ul-Haq’s record of 25 centuries. Younis currently has 28 centuries.

Virat Kohli of India became the first overseas batsman in 53 years to score two centuries in the same Test in Australia when he scored 115 and 141 at Adelaide. The last man to do so was West Indian Rohan Kanhai in 1960-61.

Test series of the year
South Africa versus Australia. Hosts South Africa were beaten 2-1 after a gripping last day of the deciding third Test at Cape Town, thanks to Ryan Harris and Mitchell Johnson.

Test cricketer of the year
Brendon McCullum. The New Zealand captain led from the front, inspiring his side to success with some big innings.

He helped save the Wellington Test against India with a marathon 302, not to mention a 224 earlier in the series, then stunned Pakistan with 202 at Sharjah and rounded off the year by hitting 195 against Sri Lanka.

Wishing everyone a happy and prosperous New Year.

Jofra Archer is the most overrated bowler in England

It seemed that last year, Jofra Archer was the next big thing for England. But I would like to beg to differ.

Jofra Archer is the most overrated bowler in England

The Big Bash League needs to make changes, but the recent fixture announcements are a step in the wrong direction.

After that famous 4-0 series win in England in 1988, the West Indies have struggled to hold their own in the overseas conditions and are yet to win a series there in more than three decades.

This article isn’t about the players who have been dismissed in the nervous 90s most frequently.