Serbia wins the Under 20 World Cup

Serbian cinema has been interested for sometime in the achievements of its various sports teams, albeit in various incarnations of history.

The Yugoslavian football team that represented the kingdom in the inaugural FIFA World Cup of 1930, was given cinematic life in a serialisation of two parts – the journey of the Yugoslavian team to qualification, and then the holding of the tournament itself in Uruguay, when they made it into fourth place.

This was made more poignant by the absence of the Croatian contingent, a messy fact Serb commentators and fans have never stopped reminding their neighbours about.

Tender, moving, with a touch of injected sentimentality, the Montevideo series did well, and yielded two films. It revived the popular discussion of such names of Yugoslavian football as Aleksandar Tirnanic Tirke and Mosa Marjanovic, though the series did, at stages, risk falling into an exaggerated sense of victimhood.

Loss and pathos can be the subject of good film-making, and the image of Serbia wounded tickled the director’s fancy. Victories do not necessarily cut the same box office mustard.

Now, the filmmakers will have every reason to get the scriptwriters and cameras busy for something different, charting the rise of Serbian youth football under the noble stewardship of Vejlko Paunovic. With reserves of wisdom and calm, he managed to steer his team to victory in Auckland against Brazil in FIFA’s U-20 World Cup.

Resembling a Serbian hero of history, with fiery eyes and courageous leadership, this veritable Karadjordjevic of the coaching world had impressed the press, the New Zealand hosts, and most importantly, his own U-20 team. In 1987, Yugoslavia won the FIFA U-20 tournament, but this time, Serbia did so as a single entity.

The match was characterised by a good deal of cagey play in the first half, expected when sides are keen, not so much to win but to avoid losing. Sent kicks seemed to elude players. Both sides seemed to make errors of execution, though the Serbian goal keeper Pedrag Rajkovic succeeded in warding off two strikes by Jean Carlos and Gabriel.

The second half saw a blast of enterprise, coming in the form of a goal to Stanisa Mandic, expertly scooped into the net in the 70th minute from a cross engineered by Nemanja Maksimovic from the right side of the penalty area. This was followed by a Brazilian reply three minutes later. The effort by Brazil’s substitute No 18 Andreas Pereira proved typical – a flash of individual, dizzy dribbling into the Serbian penalty area, marked by formidable finishing. But it lacked the collective punch of team spirit. This was one against the rest.

Memories of the senior FIFA World Cup held in Brazil last year seemed to return with haunting familiarity. While brilliant individual performances may win matches with elegiac beauty, they do not win tournaments. The machinery of the team sport, the moulding, coordination and front required to sustain a match for anywhere between 90 to 120 minutes, provides its own logic. The better team is always the one with greater resilience, organic unity and immaculate coordination.

A well-oiled, smooth humming machine in the form of Germany showed that in Brazil itself, and displayed the philosophy with brutal effect in mangling their hosts in the semi-final.

On this occasion, Brazil, reinvigorated by the goal, employed its speed demons in the form of Pereira and Malcolm. One can imagine the Serbian coach explaining that such Brazilian birds are bound to fly, proving at stages to be uncatchable by individual defensive nets. The point, rather, is to rein them in at the appropriate moment, secure the defences more broadly, and wait for an opportunistic counter.

This is exactly what happened. The Serbian defences resolutely held in what seemed like a red ring of steel, led by the remarkable Rajkovic. At stages, the exhaustion, mixed with the brutal weather, risked being the ultimate dictator of events.

It would fall to Maksimovic, a gifted player aided by Stefan Ilic and the outstanding Andrija Zivkovic, to exploit a gap in the Brazilian defences which lead to a goal in the 117th minute. Brazil’s “next generation” were pit to the post, and denied their sixth under-20 title. Players cast their silver medals aside in grief and disgust, believing, as so many do at an early age, that Brazil and football are automatic, gastronomic companions. But few can deny who the finer team on this rainy Auckland night was. 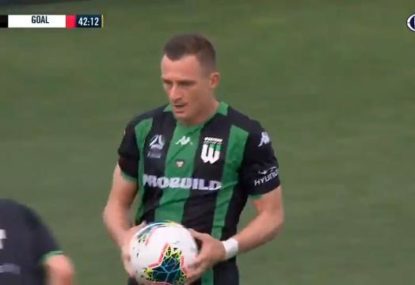