Cycling teams are like any other, they need a captain. It’s not necessarily the best rider, or the star contender for the win, the captain is the leader on the road who makes the calls and keeps the team working like a well-oiled machine.

The captain is not the team leader, but the captain leads the team. Today’s peloton has a few well-known road captains, but not every team has a good one.

Australia’s Michael Rogers is one of the best, leading Tinkoff-Saxo to redemption after their leader Alberto Contador crashed out of the 2014 Tour de France.

Katusha has Luca Paolini, the burly, bearded Italian who has guided Alexander Kristoff to 10 wins already this season.

What do these guys have in common? They’re strong, experienced riders, all over 30, mostly with a decade or more of experience in the pro peloton. All are versatile enough to be near the front in a one-day classic, or in the third week of a Grand Tour. Strong enough to win races in their own right, they nevertheless spend most of their time dedicated to a team role.

Any casual observer of cycling can see that tactics are often the difference between glory and a disappointed trudge back to the team bus. Launching an attack too early; a failure to cover the right move; or simply miscalculating how long it will take to reel in a breakaway – there are dozens of ways to lose a race.

When a team wins, the tactics look easy and it’s seductive to assume that the winner was just the strongest on the day. True, to win you need great form. But it takes a lot more than that to win a major race. Winning takes teamwork, and the road captain is responsible for making teamwork happen.

The perfect lead-out and sprint victory; the well-timed attack on the decisive climb; or splitting the peloton in a crosswind and grinding your rivals into submission: all of these take organisation and being in the right place at the right time. That isn’t luck, it’s being smart.

The truth is that the complexities of managing the strengths and weaknesses of nine riders in your own team, on any given day, on any given course, are immense. In most sports, you have to beat one set of opponents at a time. In cycling, it might be twenty teams.

For each rival team, you need to know their characteristics and goals: who’s performing what role, what are their motivations and aims for the race, who’s in form, who will be dangerous in the next 10, 20 or 30 kilometres?

Every team has a finite energy budget, but when to save it and when to spend it?

When to attack? When to work on the front? When to chase? Who to send into the break? How long can this guy work? Who is suffering today? When will the crucial moments unfold?

It’s a stressful role, it needs deep knowledge of your team and rivals, and ability to read the race situation. It requires years of experience and a unique set of skills.

It’s a pressure that the team’s star riders don’t need or want – stressing about tactics is a waste of vital energy, and just because you can sprint, or climb a hill fast doesn’t mean you’re a tactical genius – just ask Peter Sagan.

Teams plan each race or stage in detail, the Directeur Sportif (DS) assigns roles to each rider, and gives a plan based on the day’s course and what they expect to happen. So far, so good, but even the best plans can be junked faster than an empty bidon thrown to a young fan, because circumstances can change dozens of times in an afternoon.

The DS sits in the team car, with a radio and a TV, feeding information to the team, but there is a limit to what the DS can know from behind the race. 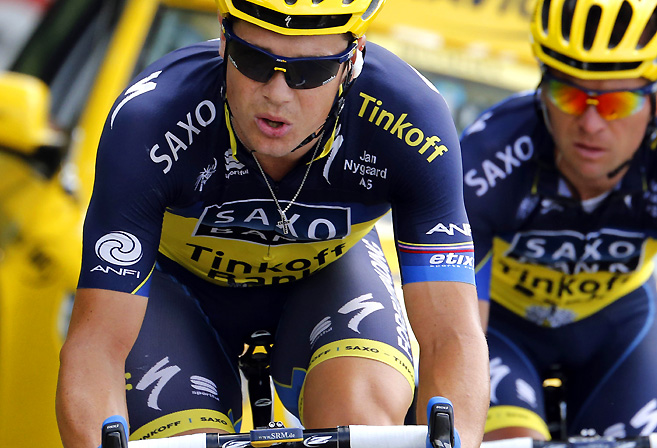 The captain is in the thick of things, seeing the subtle shifts in body language and positioning of rivals. The captain knows what is going on.

And when the race is on, wheels all over the road and fatigue setting in, things happen much too fast for the DS to make a difference from the team car. Decisions are made in a snap, there’s yelling and grunting, and pushing and shoving.

The captain makes the calls, rallies the team, gets them to push beyond their limits in service to the shared goal. Teams don’t win by firing riders off in all directions, and they don’t win by loitering around the back of the peloton.

The best captains have their riders in the right place at the right time to do their roles.

They must plan to perfection, but be prepared to rely on a cunning racer’s instincts when the plans fly out the window and snap decisions are needed.

They are the clever ones, coordinating and bringing plans to life in the peloton. Every team needs one, and the very best can be the difference between victory and failure.