Given the way he climbs and his abilities in a time trial, it’s can be jarring to remember that Chris Froome’s palmares contains just the one Grand Tour victory – the 2013 Tour de France.

Froome announced himself to the cycling world the year before, when he came second to Bradley Wiggins at the Tour, riding as his compatriot’s super-domestique.

Froome knew his place in the team – I recommend reading Tom Fish’s piece outlining said place – and did as he was told, nursing Wiggins through the mountains and ultimately to glory.

Could he have powered away from Wiggins in the Pyrenees and claimed victory for himself? We’ll never know (but yeah, totally).

Instead Froome played his part – albeit with barely contained frustration – and as reward Wiggnis was denied the opportunity to defend his title at the 2013 Tour, with Froome being given the keys to the Team Sky machine.

With Australian Richie Porte by his side (as he will be again this year) Froome tore the field apart, dominating in the mountains and against the clock to record a victory of 4:20 – which would have been greater, but he and his team allowed themselves a bit of extra glory on the Champs-Elysees, soaking up the atmosphere in what must surely have been a terrifying 40 or so seconds for Sky principal Dave Brailsford.

Last year Froome was unable to defend his title, crashing out of the Tour on Stage 5. While many crashes are simply a result of bad luck, this was a different issue.

Froome had a serious case of the yips last year, crashing three times on Stages 4 and 5. His confidence was down, and in hindsight his broken arm was inevitable.

But after a comeback second place in the 2014 Vuelta a Espana, Froome showed he is well and truly back in form and high on confidence with a win in this month’s Criterium du Dauphine – a race he ominously also won in 2013. 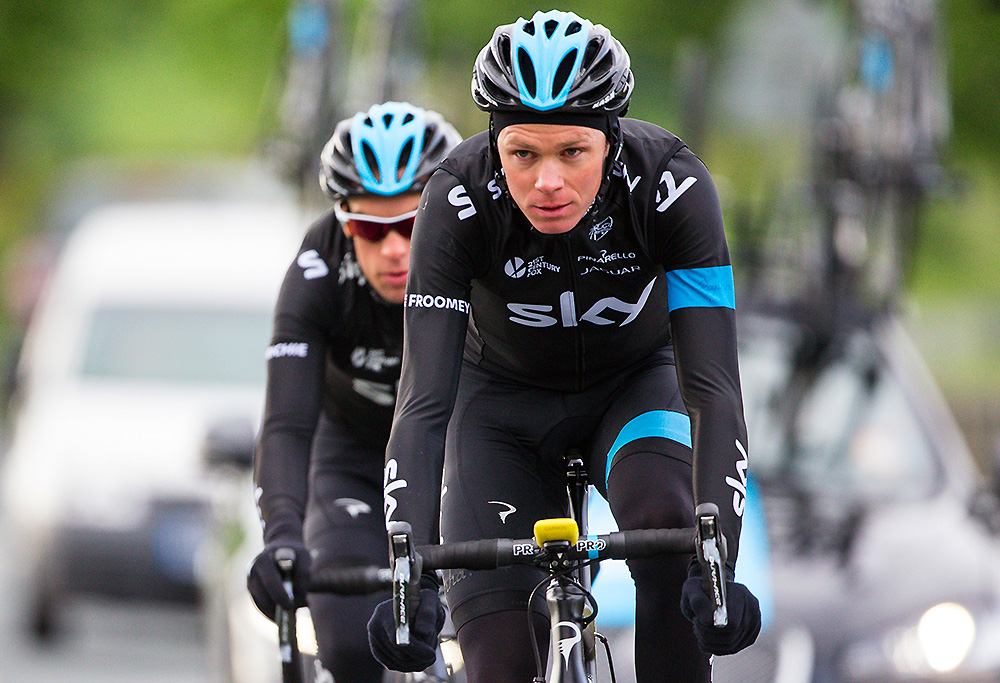 Chris Froome will be on the hunt (Tour de Yorkshire)

Why Froome won’t win
When this year’s Tour route was unveiled last October, Froome indicated he would not be competing as the route didn’t suit him.

“There’s no two ways about it, next year’s Tour is going to be about the mountains,” he wrote on his personal website (in a post that’s since been deleted).

“There’s very little emphasis on time trialling which means the race will be decided up in the high mountains. With six mountaintop finishes it is going to be an aggressive and massively demanding race.

“The team and I will have to give it some careful consideration before we make any commitments to which of the Grand Tours I will compete in.”

A few weeks later – surely after being told by Brailsford and Sky’s money men that his multi-million dollar contract comes with certain conditions, such as participating in the biggest, most prestigious race in the world – he was back on board, talking up the Tour.

“Together with the team, we’ve had to prioritise some events over others, but the Tour will remain my main focus for 2015,” was his new refrain.

Still, you have to wonder whether he can win the Tour on a course that he himself says doesn’t suit.

Also, there is another section of cobbles in this year’s Tour. While Froome surely spent plenty of time training on the slippy, bumpy pavé, anything short of 100 per cent confidence on the treacherous roads of Northern France could see his Tour tilt doomed before the first week is over.

Why Froome will win
As long as he’s got it together between his ears, there just doesn’t seem to be anyone who could match him for legs.

Where some cyclists have a liquid stroke, smooth and elegant to watch, Froome slams down on his pedals like they’re biting pavement and he wants them dead.

Roar Expert Tim Renowden perhaps described it best – “all the grace of a man fighting an octopus”.

But, regardless of its lack of aesthetic appeal, his mashing fury is terrifyingly effective – particularly in the mountains.

While he may have cited a lack of time trial kilometres as a reason for wanting to skip the 2015 Tour, he’s hardly a poor climber. During the 2013 Tour he won two mountain stages, was only bested on the bergs by Quintana twice, and had no trouble accounting for Contador.

Furthermore, while Sky isn’t the same grind-them-to-dust outfit that rode Bradley Wiggins to victory – with Froome, Porte and Mick Rogers all working for Wiggo, anything short of first place would have been a disaster – the black juggernaut is still one of the most intimidating teams going around.

Assisted by Porte, Geraint Thomas, Nicolas Roche, Leopold Konig and Wout Poels, Froome has support from a group of hardened pros who will turn themselves inside out for their Kenyan-born leader.

And if he does win, try to focus on that last little aspect – sure he’s got a British passport, but he rides with a Kenyan flag decal on his bike, he’s based in Johannesburg, and he’s got the unmistakably clipped accent of a South African.

They claim him, but Froome’s not a Pom, he’s Antipodean.

Tonight, 176 riders will roll down the start ramp and set off on a 3328km journey that marks the beginning of the grandest bicycle…