There are a few cracking games this weekend in the AFL, let’s take a look at the biggest contests.

Port Adelaide versus Collingwood
It may not be the team that Phil Walsh is linked to the closest, but Port Adelaide’s home ground certainly is. The first AFL match at the venue since his passing isn’t a tough one to predict on form, but certainly difficult based on the intangibles.

Travis Boak (Port Adelaide)
With the shock still sinking in throughout the country, particularly Adelaide, following the passing of Walsh, leading from the front has never been so important. The Power will look to their leader for inspiration, Luckily for Port, if there’s one thing Boak has proven in his time as skipper, it’s that he’s more than up for the challenge.

Dane Swan (Collingwood)
Whatever the criticisms of him, ‘Swanny’ cannot be accused of lacking clutch. The two-time Anzac Medal winner has amassed quite the reputation as a big-time performer, and on his 250th will look to steal the show once more.

Key stat: Goalscoring
So simple, yet so underrated. Collingwood are third in the league in this regard, with 187 goals thus far. Contrastingly, and perhaps indicative of their season, Port are 10th with 162 goals. If Port are to resurrect their spluttering season, they have to improve considerably in this regard.

The verdict
Last year, all signs would point to a Power win. A home game, a longer break than the Pies, and a near full strength side. However, the past is the past, and the Pies look to be far more comfortable with their future than the Power.

West Coast Eagles versus Adelaide Crows
West Coast have flown under the radar for much of the season, and once more they’ll have virtually zero of the spotlight, as it will be entirely focused on the Adelaide Crows’ response to the extreme adversity they have faced since late last week.

Josh Kennedy (West Coast)
Had a five-goal haul the last time these two sides met, and is in arguably career best form coming into this round. A combined effort will be needed from the Crows backline to quell his influence.

The team (Adelaide Crows)
For the Crows, this match is bigger than any one player. For many, this is likely to be the most emotional game they have or will ever play. While hard to predict, their performance will likely resemble one of two extremes – an understandably lacklustre performance due to severe emotional hardship, or an empowering, spine-tingling performance from them in one final tribute to their former coach.

Key stat: Goal-kicking accuracy
Despite their depleted backline the Eagles have defied expectations, and for the Crows to win they’ll need to take every opportunity they get. Adelaide must avoid the wayward goal-kicking that sees them ranked 14th in terms of goal-kicking accuracy, with a conversion rate of 49.1 per cent

The verdict
As previously mentioned, this game could go one of two ways. Perhaps it’s wishful thinking, but I’m predicting a heartwarming win for the ages by the Crows.

Hawthorn Hawks versus Fremantle Dockers
This is the one we’ve been waiting for. The aspiring hat-trick Hawks up against the best team in the comp so far this season. It’s the unstoppable force of the Hawks’ attack meeting the immovable object of the Fremantle defence. These teams are renowned for their aggressiveness, both on and off the ball. Expect fireworks.

Jordan Lewis (Hawthorn)
The 2014 best and fairest has been patchy since his return from injury. He is essential to the Hawks’ chances of a successful premiership tilt, and a battle against the best midfield in the competition is as good a chance as any to reignite his season.

Aaron Sandilands (Fremantle)
For all their potency in nearly all areas of the ground, Fremantle’s ruck stocks are a vulnerability, particularly now that the option of Jarryd Roughead has been temporarily sidelined. The biggest man in the league has the opportunity to give his star-studded midfield first use of the ball, something arguably more crucial against the high possession Hawks than any other team.

Key stat: Launceston form
The Hawks have won their past 13 games at their home away from home, while the Dockers have won just one of their nine games at the venue, its last victory coming in 2006.

The verdict
Despite winning their last five matches, the Hawks have looked far from their best, but the same can be said of Freo, who sit two games clear of the rest of the comp despite playing some uninspiring footy in the last couple of weeks.

Freo don’t often get the chance to have the Victorian spotlight on them, and will jump at the chance to prove any doubters wrong when concerning their premiership credentials.

The AFL's newest pest rubs it in after milking another free 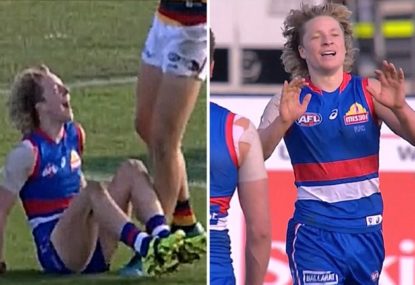 The AFL's newest pest rubs it in after milking another free 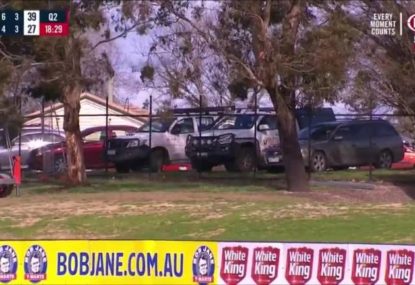