Mirror, mirror on the wall, who is the finest selection of them all?

As the last two games of the rugby union ‘regular season’ steadily approach us, Heyneke Meyer and his coaching staff will have 160 minutes to settle on a final World Cup squad.

What and who he decides to have a final look at in the heat of battle is what I believe to be most intriguing, especially considering the form of some of the younger players.

Either way you cut it, you are damned if you do and damned if you don’t. I imagine the final selection (especially for the World Cup squad) is a similar situation to a high stakes poker game, take the gamble and go all in or play it safe and hope that your superior opponent makes a mistake somewhere down the road.

Every coach going to the World Cup will believe he has the foresight in regards to selection, however Meyer’s immediate concern is who to select for this weekend’s clash against the Argentinians.

Handre Pollard is said to have symptoms of concussion. Dr Craig Roberts (Springbok doctor) reported it as a delayed concussion, casting doubt over his availability for Saturdays must-win Test. Where in the past Pollard’s absence may have proven a serious issue, the Boks have a superb replacement in Patrick Lambie and he needs some game time anyway.

Having been sidelined for most of 2015 due to a neck injury, he is simply a must this weekend regardless of Pollard’s availability. I would start him. Lambie played himself into contention during last year’s Northern Hemisphere tour; while the team didn’t perform to their usual high standards Lambie’s game management matured and he was one of the standouts of that tour.

This is especially pertinent considering the weather conditions up north and the way the Springboks have struggled to maintain pressure recently. Pollard is still first choice for the World Cup, however his deputy needs to play for his own confidence, his teammates and that of Heyneke Meyer’s.

Who plays outside Lambie initially seems a conundrum but Jean De Villiers has to play in some manner. Personally I would start De Villiers and have De Allende shift one out to outside centre, despite the fact that this partnership has not flourished at Test match level as one might have thought.

De Allende is in irresistible form of late and fully deserves to start and his partner in crime Jesse Kriel, also in scandalously good form, can shift to fullback. Shifting Kriel to fullback will hopefully lead to the exciting prospect of Kriel attacking with plenty of space in front of him, thus giving Willie Le Roux a breather.

De Villiers will only play some part of the fixture, he is tried and tested but as with all sportsmen he needs time on the pitch and mentally needs to withstand the inevitable collisions that will come his way.

Meyer’s cerebral tactician Fourie du Preez will get a run at scrumhalf this weekend having also missed a lot of rugby over the past few months and the Boks will be better for it. Fourie Du Preez is an exceptional player and tactician, while never the quickest his tactical ability is underrated and undervalued, especially in South Africa, and his kicking game is imperative to the Boks holistic game plan.

Du Preez certainly starts for me, as is the same with De Villiers their experience coupled with their abilities is paramount to the success of this Springboks team in 2015. The Boks with Du Preez in their ranks are also more organised defensively due to his ability to read the opposition’s offensive movements which is worth its weight in gold, players with his acumen are as rare as an honest politician.

The locking department is a traditional strength and cornerstone of the Springboks, Victor Matfield and Eben Etzebeth complement one another and are certainties to start in England. Thus I believe it to be prudent to start the exuberant standout Pieter Steph Du Toit, the whole of South Africa is waiting with bated breath for his career to truly start.

The immensely talented youngster has been inundated with serious injuries that have curtailed his last two years. His natural ability and all round skill set make him a unique player; there are not many elements of his game where one could point out an obvious weakness.

We have only seen glimpses of his potential, but those slivers of light point towards a rewarding and fulfilling future in the green and gold, I would argue he needs a run this weekend as well as next.

The front row is a complex issue as most of the big fellas up front are nursing injury problems. The Sharks front row starts at the World Cup (barring injury) although I know many pundits who will not agree with this, with particular concern being cast over the tight head prop position.

If Vincent Koch is fit I would like to see him start over the weekend. His scrummaging technique coupled with his natural strength is phenomenal and he has a decent pair of hands. Bismarck Du Plessis after a fairly torrid early season is getting back to the form that made him one of the most influential players in the game, when focused and “on the job” there is no finer and more complete hooker in world rugby.

I would dearly love to be a fly on the wall when Heyneke Meyer goes through his selection debates with his staff. Some pundits and fans argue you should be playing your best team every time you take the field, while others argue you should be experimenting (I use that word loosely) with different players and combinations. From my personal perspective I would just like to see those players in need of game time can get it before the Boks touch down in London Town. 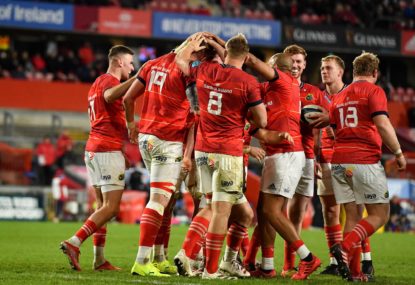 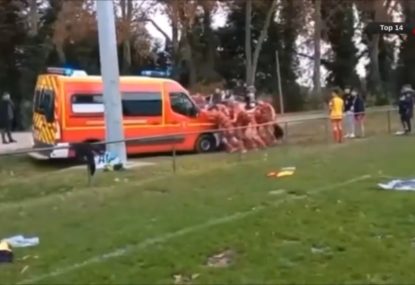