Hurling, the beauty of something different

This weekend, one of global sport’s great yet largely unknown spectacles will take place.

The fact that the 128th All-Ireland Senior Hurling Championship final is taking place this weekend will not be widely known to many outside of the Irish diaspora.

Indeed, the ancient Irish sport of hurling is unlikely to be a hot topic around most Australian dinner tables.

But having experienced a game over in Ireland as a sporting tourist earlier in the year, I could not fail to be impressed and have been hooked ever since.

On Sunday, 82,500 fans will converge on the historic Croke Park in Dublin to witness Kilkenny and Galway slug it out for the second time in the Championship this season.

Having established themselves as one of the dominant dynasties in sporting history under manager Brian Cody, 35-time champions Kilkenny are firm favourites to retain the Liam McCarthy Cup. In fact the Cats have only failed to make the final in three seasons since 1998, winning a spectacular 10 of their 14 appearances under Cody in the same period.

On the other hand, their opponents Galway – who dispensed of Tipperary in the semi-final by a solitary point in time added on – have not been champions since 1988. Galway have already lost the Leinster Championship final to the Cats earlier this season (1-25 to 2-15) and a similar result will be expected on Sunday, with Kilkenny $1.50 favourites, despite the number of tight clashes between the two sides in recent years.

Described by its fans as the fastest game on earth, hurling is undoubtably one of the great spectacles in world sport. And although ice hockey fans might contest that statement, the game is extraordinarily, almost impossibly quick.

While Australian sports fans may be familiar with Gaelic football courtesy of the International Rules Series, I’d wager far fewer are familiar with Ireland’s other indigenous field sport.

Hurling has its roots over 800 years ago in Ireland and involves teams of 15-a-side playing what is essentially a vicious version of head-high hockey on a field that’s not dissimilar to a large soccer pitch, complete with goals that are a hybrid of soccer and rugby posts.

The aim, as always, is to score more than the opposition. You score by striking the ball over the crossbar for one point, or into the net past a goalkeeper for three.

And I was instantly captivated. I could see why so many who witness a hurling match for the first time are enthralled – famously including legendary English football commentator Kenneth Wolstenholme.

And as much as this was a new experience for me, so much about the event was familiar and traditional-feeling.

The cold, grey, concrete bowl of the Gaelic Grounds spoke of an austere and minimalist environment in which to experience high level sport. Even the simple act of standing is becoming an increasingly exotic experience in modern stadia, and yet a considerable portion of the 31,488 crowd were packed into the terraces at either end of the Gaelic Grounds.

The most incredible part of the whole experience, however, was the realisation that none of the players earned a cent for their participation on the field. In the GAA, players represent and fight for their parish or county, for their friends and families instead of a pay check.

This unique niche the GAA occupies by being an amateur organisation is scarcely believable in the modern age of multi-billion dollar TV deals and sponsorships. Not just because of the obvious challenge of being effectively a full-time athlete while holding down a full-time job, but due to the incredible fitness, skill and talent these guys showed on the field.

The players at the top level are professional in all but their salaries, training almost full time at the expense of their private and professional lives.

This does give the GAA a Jekyll and Hyde identity crisis, being so staunchly amateur yet with the setup and – most importantly – expectations of a fully professional sport.

Yet the GAA thrives despite numerous murmuring and clamour for some kind of revolution. And as another September rolls around, the players and the fans can look forward to another September spectacle at Croke Park.

So if you find yourself watching the game over the weekend, give it a chance. Because as another spectacle in a month packed full of sporting spectacles, the All-Ireland final more than deserves its place among them. 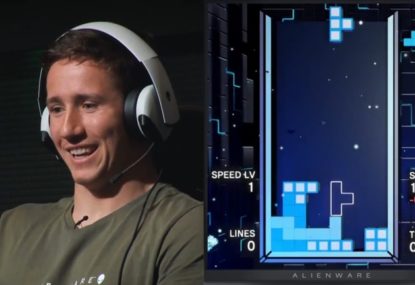