Can the North Queensland Cowboys win their first ever premiership or will the Brisbane Broncos finish as premiers for the seventh time in their history?

The Brisbane Broncos and North Queensland Cowboys will face off for the fourth time this season as they go head-to-head and battle it out for rugby league’s greatest prize, the Provan-Summons Trophy.

Wayne Bennett, in his eighth grand final, will be looking to continue his unbeaten run which has seen him win six titles with the Broncos and one with the St George Illawarra Dragons.

Unexpected to make the grand final at the start of the year, Bennett has managed to completely overhaul the club and take over from the disaster that began with his departure at the end of 2008 which saw the Brisbane-based franchise go through two coaches in six years, both enduring short tenures.

The new-look Broncos appear to be the favourites to take out the title, and with good reason. Their exciting attacking football and equally impressive defence has earnt them their place on rugby league’s night of nights.

Coming off an impressive 31-12 victory last week over minor premiers the Sydney Roosters, the Broncos never looked in doubt of qualifying for the grand final despite glimpses of greatness from their opponents. The pressure will be focused on Brisbane’s young halves, Ben Hunt and Anthony Milford, as they look to inspire their side to their first premiership win since 2006.

Equally important will be the Broncos’ forward pack boasting international forwards Sam Thaiday, Adam Blair, Matt Gillett, Alex Glenn and Corey Parker as well as up-and-coming stars Andrew McCullough and Joe Ofahengaue. Jarrod Wallace and Mitchell Dodds will also hope to make an impact off the bench with Kodi Nikorima set to assist Andrew McCullough at hooker and stamp his claim on the match.

The premiership push will also see Bennett’s electrifying backline heavily involved with Corey Oates and Darius Boyd once again poised to assist the rest of the team. Jack Reed and Jordan Kahu will have their last chance to prove themselves for Test caps.

The Broncos will also look to farewell Justin Hodges, who will put everything into his final match after escaping a suspension for a dangerous lift on Roosters backrower Aidan Guerra.

If it comes down to one man however, Anthony Milford will decide the result. Having been recruited by Bennett from the Raiders, Milford has slotted in perfectly to his role at five-eighth. He has assisted Ben Hunt in creating electrifying plays while also making plenty of line breaks and dazzling runs, reflecting his past time at fullback. Milford has been the difference over recent weeks for the Broncos, with the game being either won or lost in the halves depending on both his and Hunt’s performances. 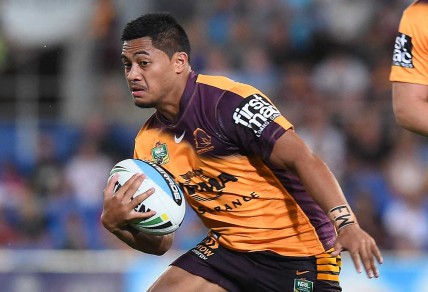 After stunning the Storm last week 32-12 and previously the Sharks 39-0, the North Queensland Cowboys are well on their way to winning their first ever premiership in their twenty year history. Of the current team only Ben Hannant (2006), Kane Linnett (2010), Justin O’Neill (2012) and Johnathan Thurston (2004, 2005) have been to grand finals before with Hannant, O’Neill and Thurston all victorious.

In recent weeks the Cowboys’ forward pack have been impressive in both attack and defence with Matthew Scott, James Tamou and Jason Taumalolo leading the charge being assisted by Gavin Cooper, Ethan Lowe, John Asiata, Scott Bolton and Ben Hannant.

The backs have been just as important with Lachlan Coote having an outstanding season at fullback. Outside backs Kyle Feldt, Justin O’Neill, Kane Linnett and Antonio Winterstein have been just as good running off the Cowboys’ halves pairing of Michael Morgan and captain Johnathan Thurston.

Jake Granville has also been pivotal in the Cowboys’ rise to premiership contenders, being touted by many as the buy of the season. His assistant Rory Kostjasyn has been just as good coming off the bench.

Fresh off winning his record fourth Dally M Medal, Johnathan Thurston is hoping to win a premiership with the Cowboys and put his name in the history books as one of rugby league’s greatest players.

It would be a huge achievement for Thurston to win a premiership, provided his only grand final win came off the bench in 2004 when the Canterbury Bulldogs defeated the Sydney Roosters. Defeating the Broncos would immediately put the Souths Sunnybank junior into contention to become rugby league’s next immortal. 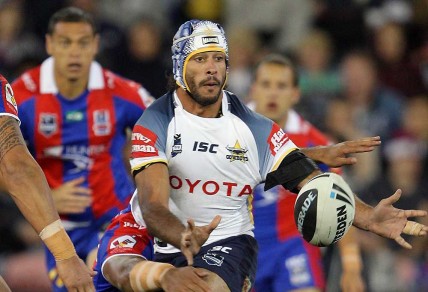 The Broncos and Cowboys have played each other 38 times since 1998, the Broncos winning 26, North Queensland 11 and one drawn.

Their most recent encounter came in week one of the finals, when the Broncos defeated the Cowboys 16-12. Previous to that, North Queensland defeated Brisbane 31-20 in Round 10 with the Broncos victorious 44-22 in their Round 3 encounter.

Prediction
Johnathan Thurston will be nothing short of outstanding, however with injury he will struggle. Wayne Bennett will continue his unbeaten grand final record to make it eight wins from eight appearances.