In the 35-degree heat of a dusty outfield stands a downcast figure, lathered in perspired schooners and secretly urging for the close of play on another deplorably wasted day. He’s contemplating what the hell he’s done with his life. He is The Grade Cricketer.

Rearing up from the wildly popular @GradeCricketer Twitter account, this is a story that delves deep in to modern Australian machismo via an unnamed bloke in creams who represents cricket’s everyman so accurately that you can nearly smell the manky inners.

The Grade Cricketer is a cautionary tale that doubles as a salute to all those who strap on the pads every Saturday, foregoing precious time at the beach to instead spend countless hours in the company of s**t blokes, all in the hope of one day playing cricket for Australia, or at the very least, pulling the elusive century/circuit/chop trifecta.

Written with a surprising eloquence and delivered with total rawness, it chronicles one man’s merciless slog for acceptance in the world’s toughest amateur competition and the resulting neglect of family, career and love life that result from a single-minded approach he only wishes could be applied to his batting.

Like many aspiring local cricketers, The Grade Cricketer’s journey begins with the brutal domination of junior attacks across greater suburbia and the subsequent launch in to the senior grade system as a ‘player of promise’, a tag that burdens with a hefty repute that is only ultimately matched by his oversized array of net bats.

Despite developing the requisite rig before being taken under the questionable but well-intentioned wing of ‘Nuggsy’, he perpetually yo-yos between grades as he battles to deal with a moderate batting average and an unforgiving penis-based food chain.

Grappling to find a foothold, he leaves behind his job in telesales to jet overseas for the standard stint as the much-vaunted Aussie import who feasts on village-standard attacks in England, before returning home to endure a harrowing change of clubs that proves that when you get to the other side, the grass isn’t always greener and the blokes are still just as shit.

As we witness his dreams of higher honours being gradually corroded by the constants of politics, gratuitous circuits and a dependence on throwdowns, The Grade Cricketer enjoys some encouraging wins (a few handy 30-odds, loss of virginity) and some awfully depressing lows (petty theft), with one particular kick in the pants involving an alpha showdown with his fed-up father at Christmas that would make you cry if it weren’t so bloody funny.

Eventually, he begins to mature as the years pass, even flirting with the light of a life unknown outside of cricket as the tether to his committed hell weakens. Here he delves in to an untapped world of literature and fine wines, a rare dalliance with the potential danger of displacing a decade of memorised lines from Will Ferrell movies.

Does he break away, or does his driving dream of becoming a genuine state player keep him valiantly searching for his unlikely Mike Hussey-style call-up for Australia, or at the very least, the twos? Or will this story of immense teenage promise just end in an existential crisis at long-off?

The Grade Cricketer is a superb ratio of misguided ambition and self-loathing, replete with glossary for the full dialectal experience, and with a tonne of tangy chop yarns thrown in to maintain a balanced order. It puts the Australian male firmly under the microscope with no airs or graces, at times uncomfortably exposing masculinity’s decay in the modern day.

Our unlikely hero is a walking contradiction, a socially aware man who appears to know right from wrong, yet finds himself completely powerless when peer pressure and grade cricket intuition compel him to undertake some concerning sins.

As we share in his never-ending cycle of masking a persistent anxiety with hubris and vile sledging, one that arises from a fear of being caught up in the third net with fifth-grade plebs, you don’t know whether you want to laugh, or just place a comforting arm around him.

Some may say his story is akin to a contemporary Warwick Todd, only profoundly more complicated and with much better pipes. Others may say it’s just pathos in an expensive thigh guard.

This is much more than your garden variety ripper of a cricket yarn, it’s also a guide in to how to greater understand Australian men. So put off paying this year’s rego fees again because you need this.

The Grade Cricketer is a must-read that takes you inside a seedy world where the only way to survive is to champ, or be champed. 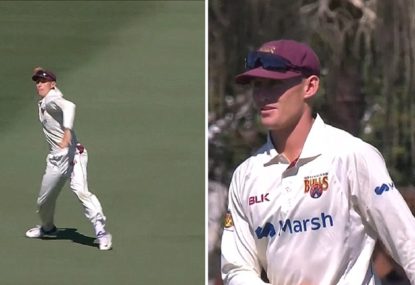 What a match this is turning out to be for the Bulls! 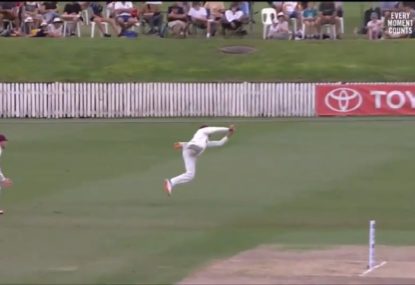