Meet Toby Price: An Aussie taking on the Dakar Rally

Growing up through the 1990s in Hillston, New South Wales, Toby Price never expected he would have the chance to turn his love of riding dirt bikes into a career.

Flash forward to 2015 and Price found himself alone on his KTM motorcycle in the middle of a desert in Chile, surrounded by 360-degree views of endless sand dunes, competing in one of the world’s toughest endurance races, the Dakar Rally.

The 2015 Dakar – Price’s first crack at the race – spanned 9000 kilometres across 13 stages, putting competitors through all the extremes South America has to offer: from freezing mountain trails, where the temperature drops as low as minus 12, to sweltering desert flatlands that send the mercury soaring towards 50.

With a victory on the penultimate stage, Price secured a third-place finish, becoming just the second Australian (after Andy Haydon in 1998) to step onto the Dakar podium. 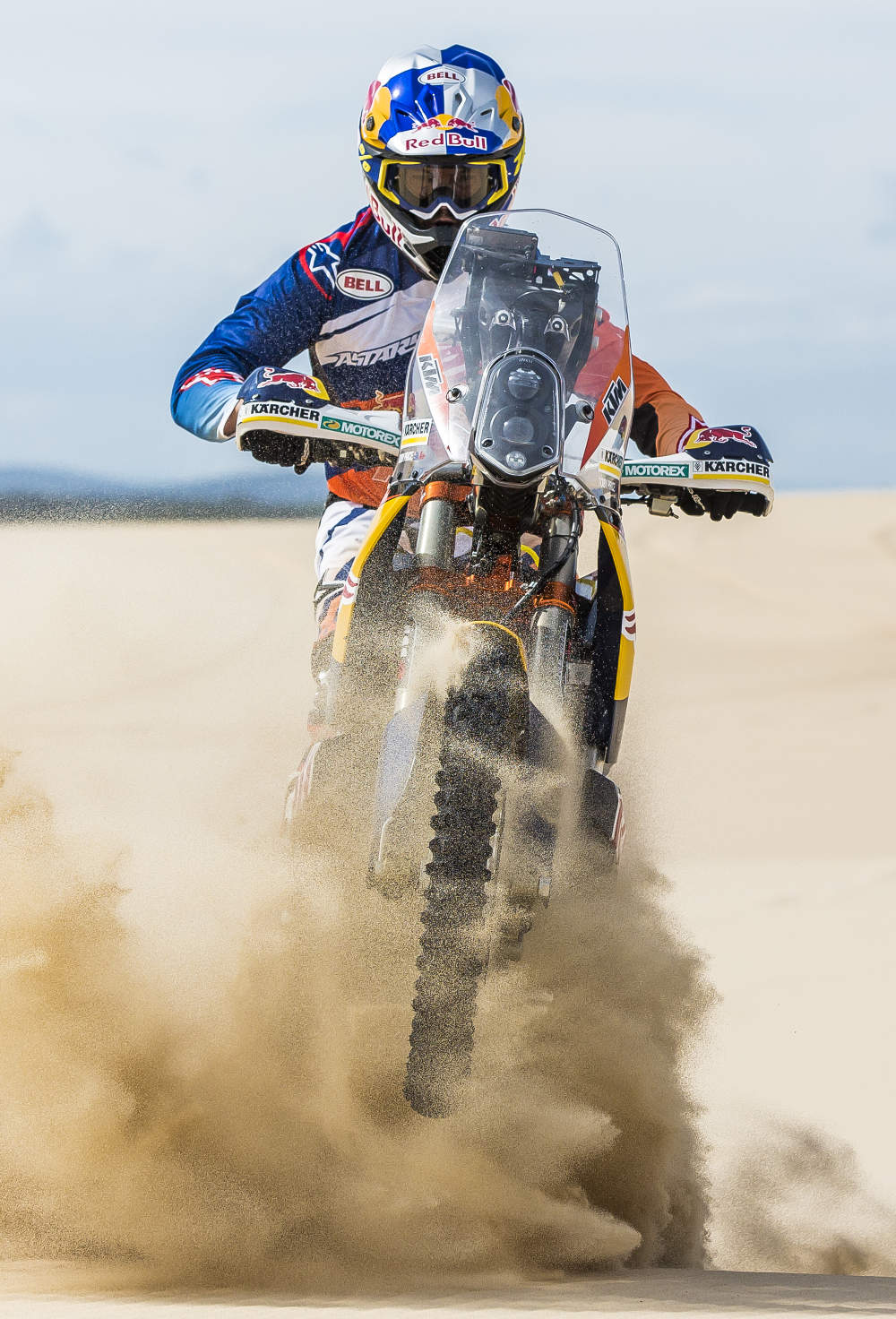 Toby Price will spend plenty of time in the dunes during the 2016 Dakar Rally. (Image: Red Bull)

The result was a remarkable achievement considering the historical dominance of European riders at the event, and that Price only graduated to international cross-country rallying in 2014.

Not surprisingly then, while the 2015 champion in the motorcycle category, Marc Coma, was claiming his fifth title, the other riders were struggling to put a name to Price.

“They didn’t even know who I was, my name, or where I came from,” Price said.

“To then finish third, they were pretty blown away.

“To hear them say, ‘You’re part of the history books now’, is something pretty special.

“You have guys that have competed at the Dakar for ten years and not even finished inside the top ten. There are a lot of guys that have shown potential, but it’s just never worked out for them.

“For me to just come in on the very first attempt, with about three weeks navigation experience under my belt, to then finish third in the biggest race in the world was amazing.”

Now with his name well and truly known on the circuit, and the motivation of Dakar success spurring him on, Price’s goal is simple: make history by becoming the first Australian to claim a Dakar title. 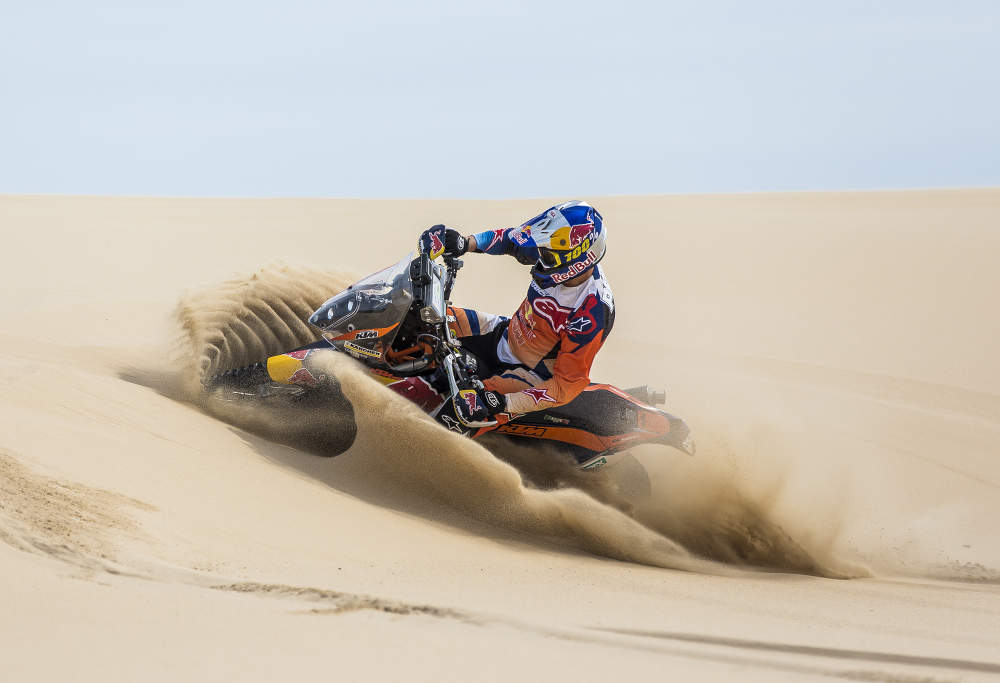 Toby Price is looking to build on an incredible Dakar debut in 2016. (Image: Red Bull)

Price’s journey to this point has been far from a ride in the park. In April 2013, he suffered a potentially career-ending injury while racing his first American championship desert race, going down in a horrific crash and breaking three vertebrae in his neck.

“Right now, I’ve got eight screws and three rods in my neck. I just try to shrug it off and say I’ve got my head screwed on, literally,” Price jokes.

“It can be something that brings your racing to a halt, and your life to a halt. I’m very lucky to be back on my feet walking, let alone being back doing what I love, racing a dirt bike.” 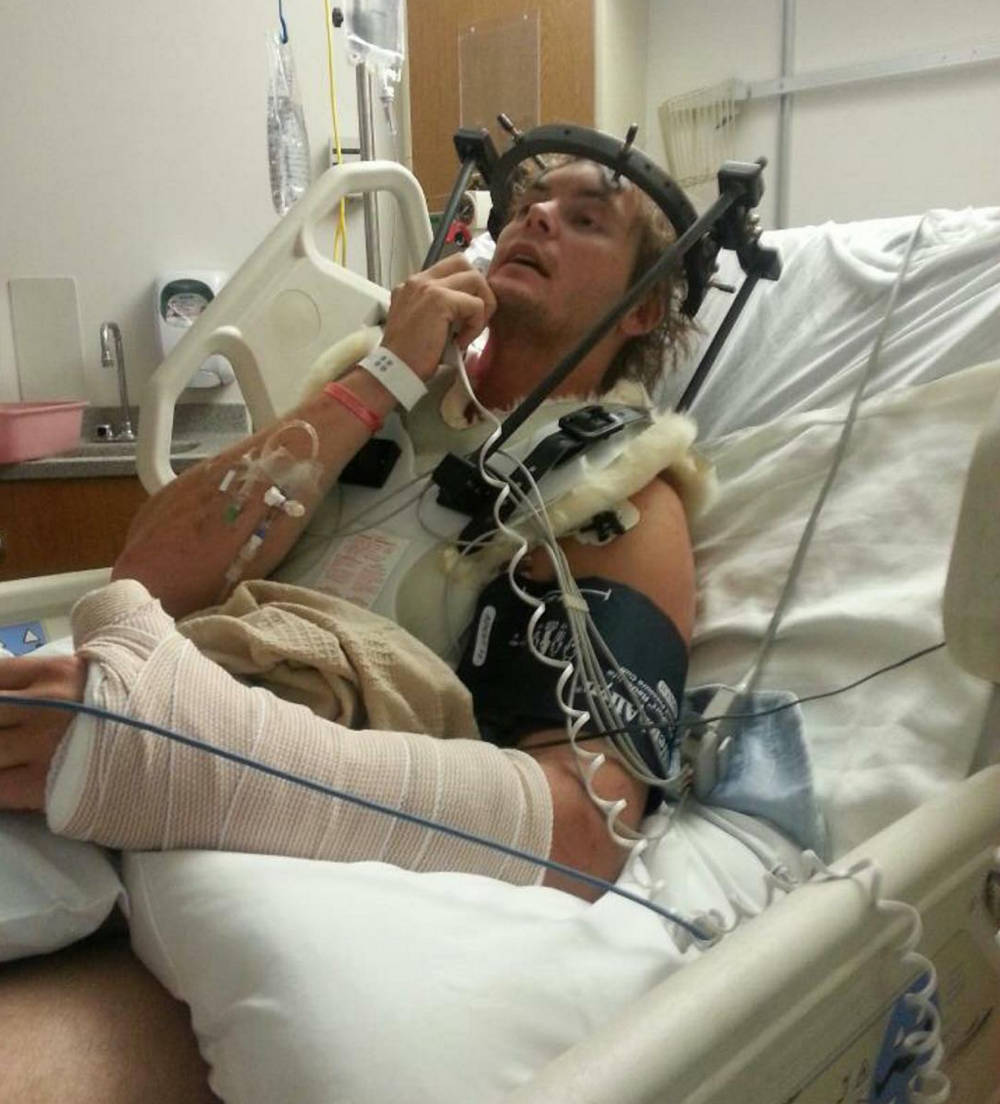 Toby Price in hospital after breaking his neck in 2013. (Image: Instagram)

Speaking to Price, it is clear that neither the threat of injury or the knowledge of the hell one’s body is put through during Dakar will ever deter him.

“It’s the adrenalin rush you get from it. I love putting myself into a tricky situation and trying to deal with it on the spot. I like seeing where my limits are.

“The Dakar Rally throws every element you can think of. One day it might be 48 or 49 degrees, you’ve got all your riding gear on, you’re pretty much cooking from the inside out. Two days later you’re at 4000 metres on trail sections, and it’s minus ten degrees. How much it changes so quickly, it’s a real test on the body.”

Added to that, racers often go to sleep at around 10pm, only to wake up at 2 or 3am to prepare for the next day and hit the road, placing extreme significance on an ability to adapt and, hopefully, create some luck along the way. 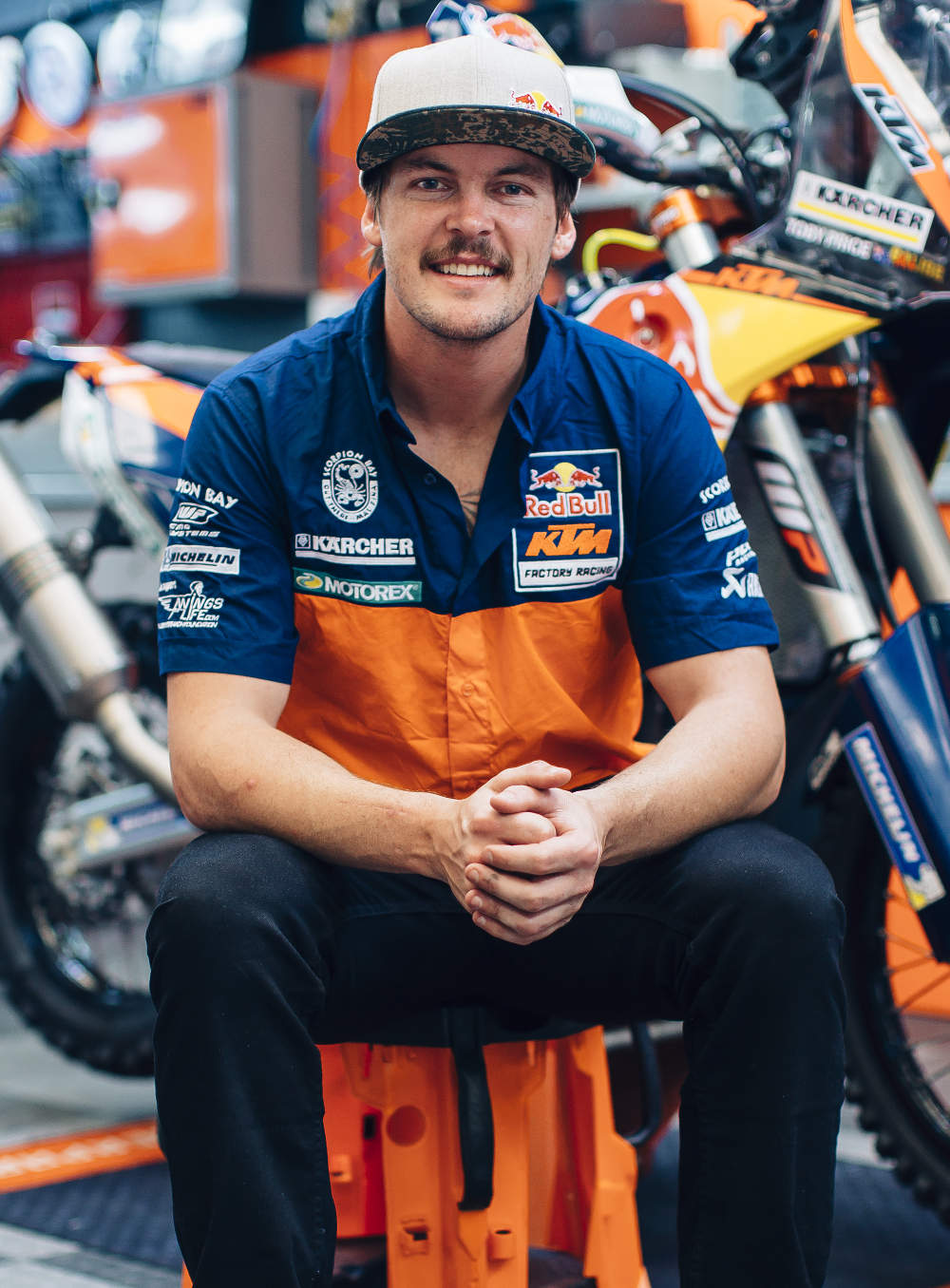 Toby Price is just the second Australian to ever step on the podium at the Dakar Rally. (Image: Red Bull)

With potentially over a decade of rally racing left in him, the next step for Price is seeing if he can back up his 2015 performance with another podium in January. Whether a win is on the cards from his second attempt or whether it still hasn’t come after his seventh, the determination and belief Price has in his Dakar dream appears unlikely to diminish.

“I was lost for words for a third place finish; I think I’d break down pretty hard if it was a first place finish.

“To notch up a win at Dakar and be the first Aussie to do that, would be a pretty special feeling.”