Fitness must improve for Wallabies: Jones

Eddie Jones insists England’s current level of fitness is adequate for the Six Nations but would be exposed on the tour to Australia unless improvements are made.

The Jones era was launched successfully with Saturday’s 15-9 victory over Scotland at Murrayfield and continues this weekend when Italy will be hoping to claim a first Red Rose scalp.

England drew pride in their conditioning under Stuart Lancaster and spoke at length about the effort put into their summer-long training camp in preparation for the World Cup, which ended in a group exit and without any discernible physical advantage over their rivals.

Jones is merely satisfied with the fitness of his players and believes work will need to be done if they are to challenge Australia over three Tests this summer.

“Fitness is not about straight fitness – it’s game-specific fitness. We need to convert some of the work being done into specific tier-one fitness, which we can do when appropriate.”

When asked if the required conditioning can be achieved in time for the summer tour, Jones replied: “One hundred per cent. We need to work with the clubs and look at the strategy. We’ve got a couple of weeks lead-in to the tour.

“The hope is that the players understand where they need to be at for international rugby and they will continue to do that with their clubs. Then we will top them up for the Australian tour.”

Until the 52-11 victory in 2014, England had struggled in Rome, winning their three previous encounters by five points or fewer, and Jones draws on a comparison with English Premier League leaders Leicester to explain why.

“It’s about mindset. It’s always about how you go into the game, what sort of attitude you have,” he said.

“If you look at a soccer analogy at the moment, how does Leicester City and their salary bill of 22 million be on top of the Premier League? It is all because of attitude.

Jones declared on Sunday that he wanted England to give Italy a “good hiding” and he refused to backtrack two days later.

“The sun could be shining. They will be selling paninis outside the ground, everyone will be happy so it could be a good occasion. We’ll have a referee who likes attacking rugby,” he said.

“We want to go there with that intent in mind. That is not being frivolous – it is being where we want to be.”

England have added Maro Itoje and Josh Beaumont to the matchday 23 picked against Scotland in preparation for Friday’s team announcement.

Marika Koroibete will miss the Wallabies’ Spring Tour of Japan and the United Kingdom for personal reasons. Coach Dave Rennie confirmed on Sunday the star winger, who endured a frustrating Rugby Championship, will remain in Australia for family reasons. Promising prop Pone Fa’amausili will also miss the tour after aggravating a calf injury at training. […]

The recalled Wallaby opened up about his journey back to the top of Australian rugby… though his teammates weren’t quite so invested in the story! 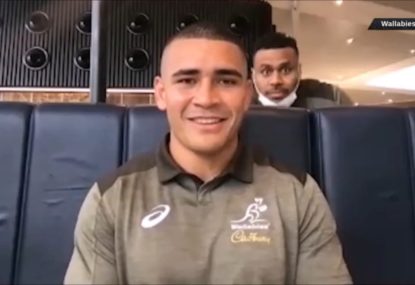 Australia’s former Sydney Roosters player Charlie Savala has found himself homing in on a dream of playing rugby union for Scotland against the Wallabies after switching rugby codes and moving to Edinburgh. 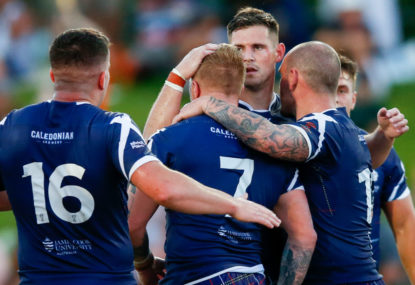