The Queensland Bulls have recorded a seven wicket win over Tasmania following an impressive match with the ball from Jack Wildermuth that saw the Toowoomba product take 6/87.

The 22-year old led the way for the home side in the first innings taking 3/56 including the all-important George Bailey who he bowled for a duck and run-leader Beau Webster who recorded 106 runs including 13 boundaries. Peter George was also strong with figures of 3/44.

The Bulls had plenty of strike with the bat after James Hopes had a massive innings slogging 94 runs from just 60 balls with a total of 16 fours to his name. Chris Hartley also performed well making 70*.

Andrew Fekete and Beau Webster both showed what they could do with the ball taking 3/83 and 3/51 respectively.

The Tigers struggled in their second innings at the crease with only Tom Triffitt managing to crack the half-century mark, his closest runscorer being opener Jordan Silk who made a mere 33 runs.

The Bulls returned to the crease later on day two and were quick to fire with Matthew Renshaw falling one run short of a half-century while Charlie Hemphrey helped guide the Queenslanders to a win with 79 runs off 98 balls.

Tasmania host the first-placed Victoria next week at Bellerive Oval while the Bulls will head West to face the Warriors.

The Tasmanian Tigers will be playing for their survival when they take on the third-placed Queensland Bulls at the Gabba. Join The Roar for score updates from 2:30pm (AEDT).

The Bulls will be hoping rookie batsmen Matthew Renshaw and Sam Heazlett put them firmly in the frame for a Sheffield Shield final berth.

Renshaw impressed last week against South Australia, with 146 in the first innings earning him player-of-the-match honours, and has scored 550 runs for the season at an average of 61.11. Heazlett doesn’t sit too far behind with 424 at 47.11.

Experienced skipper Chris Hartley is just eight catches away from becoming the first wicketkeeper to take 500 career Sheffield Shield catches. He currently sits behind Victorian Darren Berry, who retired in 2004 with 499 catches.

The Bulls have made two changes, with Joe Burns absent due to Test commitments and Jason Floros also omitted. Mark Steketee and Marnus Labuschagne come into the 12-man squad in their place.

It is do-or-die for Tasmania, who will be boosted by the return of their skipper George Bailey following the ODI series in New Zealand. However the Tigers will be without Jackson Bird, due to Australian selection, and Alex Doolan has been omitted from the squad.

Evan Gulbis makes his way into the 13-man squad alongside uncapped quick Cameron Wheatley, who has come through the Tasmanian pathway system. Wheatley took part in a Futures League match against the ACT in late January, where he took an impressive 2/17 off nine overs in the first innings, followed by a second innings where he posted a massive 4/23 from 14 overs.

They will be up against it however, with Queensland leading a revival as they hope to claim their first Sheffield Shield title since 2011-12.

The two sides last met back in October, when the Tigers hosted the Bulls at Bellerive Oval. Bailey managed a huge first innings score of 148 not out, resulting in Tasmania declaring at 433 runs. However a second-innings collapse saw Queensland cruise to a three-wicket win.

A win for the Bulls will see them move into the top two should South Australia fall at the hands of Victoria. If, however, Queensland lose and New South Wales beat the Warriors, they will drop down to fourth.

The Bulls are coming off an impressive 173-run win over the Redbacks, while Tasmania only lasted three days against Victoria, losing by seven wickets.

The match will be a day-nighter, with an updated version of the pink ball featuring a completely black seam to be used.

Sunday and Monday are both expected to be sunny, however showers are expected on Tuesday and Wednesday.

Prediction
Queensland will come within one win of the top two with a dominant performance that will end Tasmania’s Sheffield Shield campaign for another year.

Join The Roar for score updates from 2:30pm (AEDT), and comment below if you’re watching the match.

Who is the best Australian batter after Don Bradman? There’s a bunch of candidates you could argue for - Steve Smith, Victor Trumper, Neil… 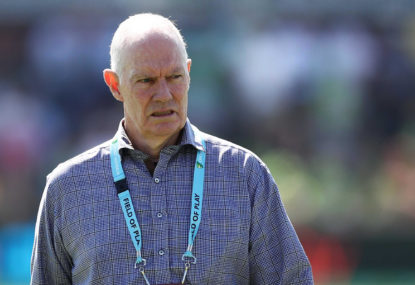 Before the Tim Paine scandal broke, there were two big question marks over the national team: who would open with David Warner and who…

Queensland captain Usman Khawaja has taken a swipe at Tasmania's stonewalling in their docile Sheffield Shield draw. Khawaja and Tasmania halted the game 30…

On the first day of the Marsh Sheffield Shield clash between Queensland and Tasmania, it is the young opener Timothy Ward that will make… 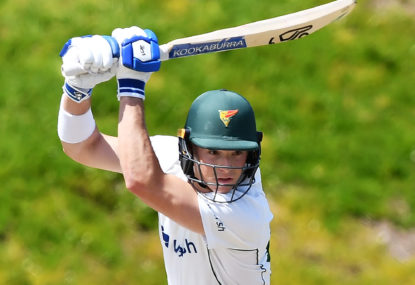