HENRIQUES: Australia is the goal, but you have to fight to get there

Going through injuries is extremely frustrating. I tore my calf off the bone while playing for the Sydney Sixers during the Big Bash League, and I’ve been sitting on the sidelines ever since.

It has taken a long time for the injury to heal enough so I could get some strength back into the muscle, and I’ve only just started running properly again.

What made things worse is that I’m a terrible spectator. I get anxious watching from the dugout, far more than when I’m out on the field or the next man in to bat. That made watching the Sixers really hard.

Even though I wasn’t going to take any further part the BBL season I was getting nervous about the results and frustrated when decisions didn’t go our way. I was still really keen for the Sixers to get into the finals; we’d been a really successful team over the previous four BBLs, and you want to keep that culture going.

Unfortunately, this wasn’t our best year. There were a couple of key moments which really could have changed the season that we just missed out on capitalising on.

But I definitely think we have the squad to make the finals next year. Guys like Nic Maddinson, Sean Abbott, Ben Dwarshuis and Jordan Silk will only grow from the experience of last year and turn into regular match-winners.

We’ve already seen Nic win quite a few games, same as Jordan, and I think Sean will step up next year and play even better.

In the meantime, my initial goal is to just get back out on the field and enjoy the challenge. I haven’t played a four-day match since late November last year, so I’m really hungry to get back out there and contribute to a couple of NSW wins. 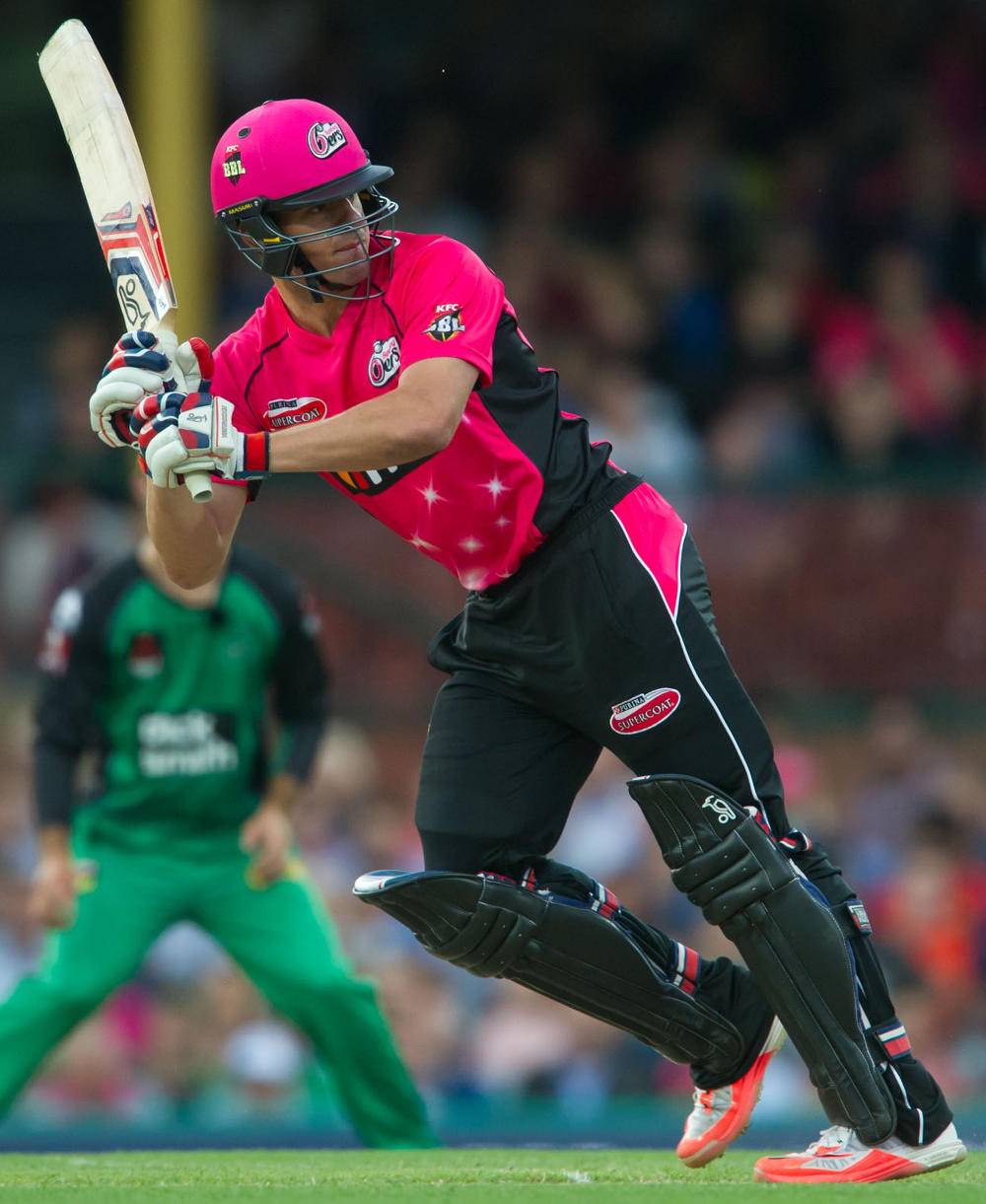 Moises Henriques of the Sydney Sixers plays the ball onto the leg side against the Melbourne Stars. (Image: Ian Bird Photography)

I have taken my recovery very seriously over the last three months, and my preparation for sessions with our strength and conditioning coach have been as meticulous as if I were preparing for a match. Part of that preparation is ensuring that I am eating the right food and keeping hydrated.

Hydration is really important, in recovery and especially the night before or in the days leading into the match and then the morning of the match.

We get told that once you get thirsty it’s too late, that from there it’s really hard to get on top of your hydration, especially during a game where any fluid you take in is going to be lost in sweat almost straight away.

So you really want to make sure your water intake is high and ready to go from the start of the game, which is why I always have a water bottle handy to refill with tap water. Not only do you need the energy but it also minimises fatigue and cramps and those types of things.

You have also got to make sure you are switched on and ready to go from ball one of a match, whatever format you are playing. So if it’s a Shield game you want to be a little bit fresh because you’ve got four days of tough cricket coming up. If it’s a T20 or one-day game you want to be in a more dynamic state so that you are ready to go from ball one, knowing that you don’t have to endure four days of it.

My preparation has changed over time. When I was 21 I was given the NSW captaincy and I felt all of a sudden I had to be concerned with what preparation my teammates were doing and making sure everyone else in the squad was getting enough.

Since then I’ve learnt to give my teammates the freedom to prepare in their own way, because everyone is different. I focus a little bit more on my own preparation now than what I did when I first came into the captaincy, and then just try to help where I can with other people’s preparation.

I tend to focus on things I can control now. Obviously I want to play for Australia again, but the selection process is something that’s out of my control; there might be other guys playing really well who keep me out of the team, and in my case we’ve got a number of really good all-rounders, which is great for Australian cricket.

I get along with them all really well, and so even though they might be keeping me out of the side, we learn off each other in different ways and that makes me a better cricketer. It makes me strive harder to keep improving as well.

But playing in a position where there are only one or two spots available, you just want to focus on your own game, on things you can control. For me, that’s just concentrating on playing good cricket, and I feel if I can do that consistently then I will get another chance to play for Australia.