Griffin's selection headache could come sooner rather than later

Peter Wallace’s continuing strong form at hooker is not only set to provide an earlier than expected selection headache for Panthers coach Anthony Griffin, but it could ultimately provide the former Penrith skipper with a NRL lifeline at season’s end.

There are strong suggestions that regular hooker James Segeyaro could be ready to return from a broken arm suffered back in Round 1, as soon as next Monday night’s clash against the Roosters.

But while Griffin was adamant at last night’s post match press conference that the 2014 Hooker of the Year is still weeks away from a return, he admitted Wallace’s form may force a re-week on how to fit both he and Segeyaro into Penrith’s 17.

“Chicko’s not due back for a couple of weeks.”

“As I said before the game we wouldn’t have known that this was going to be our team a few weeks ago and we will worry what our team looks like in a few weeks time.”

Wallace, who admitted he didn’t enjoy being used as bench hooker in his time at Brisbane under Griffin, says he is willing to do what is best for the team despite playing better each week in his new found role for the Panthers.

“When I played (hooker) in the past it was off the bench so I didn’t enjoy that but I’m enjoying it now especially the physical side of it,” Wallace explained.

“(But) it’s up to Hook what happens there (when Segeyaro comes back).”

“If Hook wants me to stay there (at hooker) I’m happy to do that.”

“But whatever is best for the team is what I’ll do.”

Wallace also said that the team has been encouraged by Te Maire Martin’s performances in the NRL to date, which adds to the selection puzzle that Griffin faces in coming weeks.

“I think our spine with Moyza back has really helped and we’re getting better week by week.”

The off-contract former Panthers skipper, who made 51 tackles against the Cowboys confirmed he has yet to have talks with any club about his future for 2017 and beyond.

But Wallace admits his form at hooker has him well placed to extend his NRL career, when many thought at the start of this season that 2016 could well be his NRL swansong.

“It’s another feather in my cap (playing hooker),” Wallace said.

“I had no idea how I would play in the position until I tried it so it gives me different options (now).

“Earlier in the year I said I wanted to give it a good couple of months before any talks takes place but I’m sure the manager is on to that behind the scenes but I’m even worried about that.” 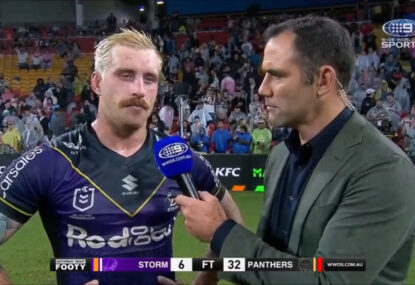 The Premiers were in control throughout the 32-6 win, and the Melbourne coach admits they weren't going as well as people thought in recent… 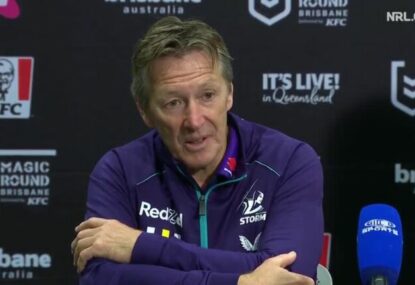 Lara Pitt was taken aback during the post-game interview after the Panthers forward revealed he had been battling the sore eyeball all week. 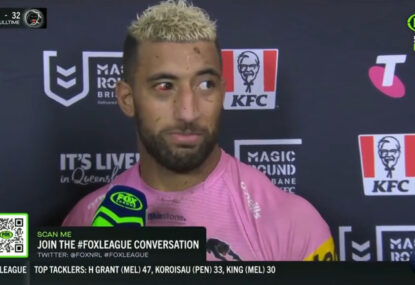 He got one wrong just before half time and the Panthers made him pay. 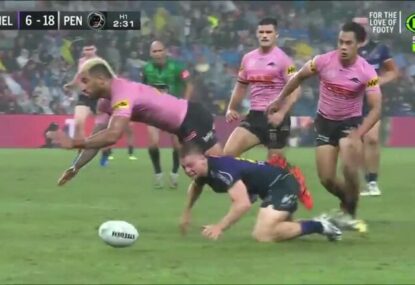 The Panthers second-rower didn't let the driving rain stop him from coming up with one of the highlights of the round. 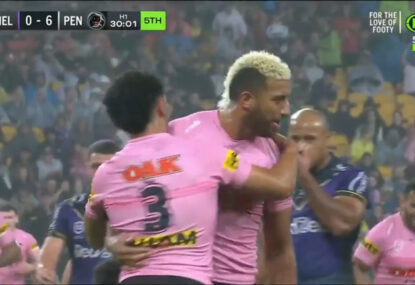 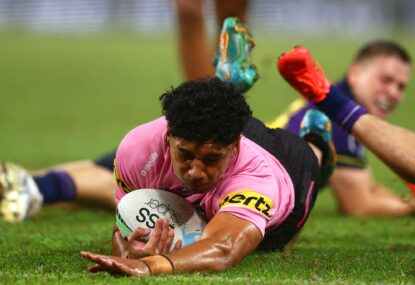